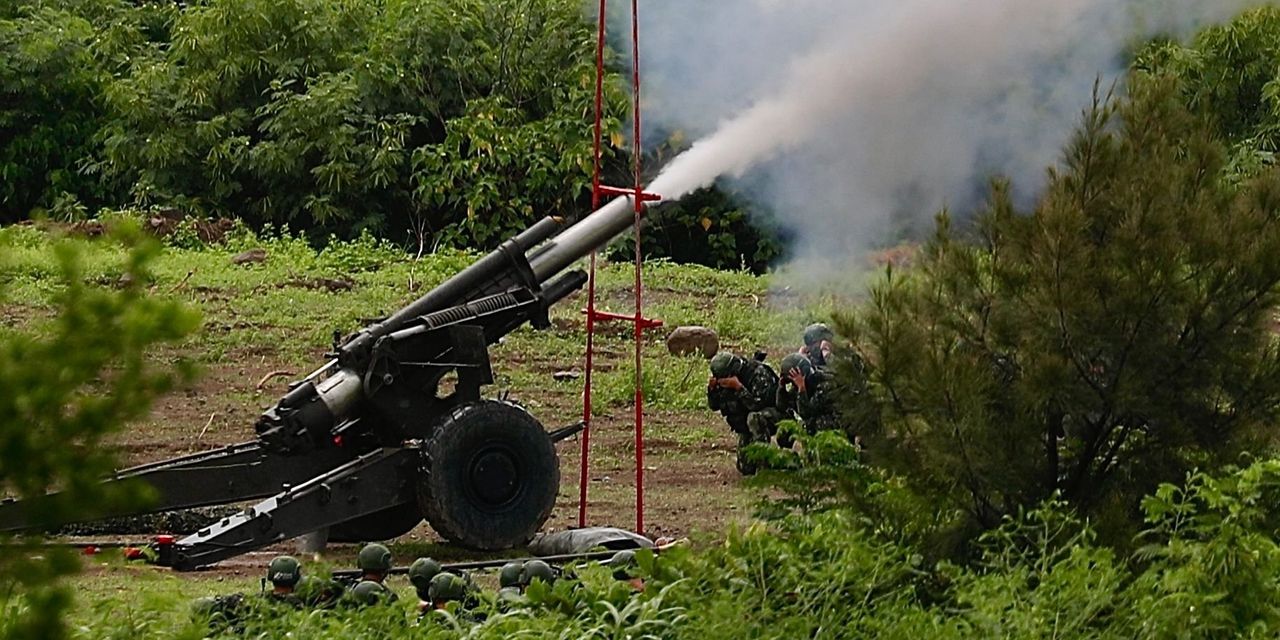 Taiwan’s army fired dozens of shells off its southern coast on Tuesday in a simulation of a protection of the island, as Taiwan adopted up practically every week of Chinese language army drills with preplanned defensive maneuvers of its personal.

Taiwan kicked off its two-day army train—often called Tianlei, which may be loosely translated as “Heaven’s Thunder”—with an hour-long live-firing drill involving greater than 700 troops, in accordance with Taiwan’s Eighth Military Corps, with 38 howitzers firing 114 shells into the waters.