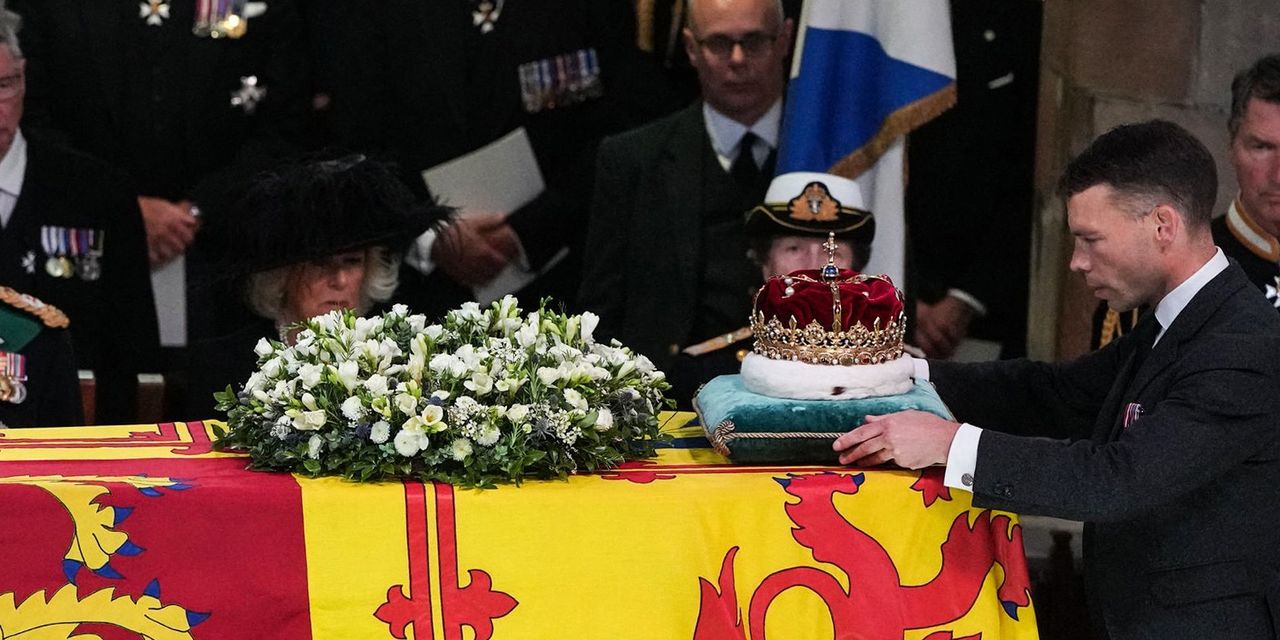 Queen Elizabeth II’s coffin was borne by procession alongside the stately streets of Edinburgh on Monday, as tens of hundreds of mourners and guests crowded within the historical coronary heart of the Scottish capital to bid farewell to Britain’s late monarch.

King Charles III—wearing a Area Marshal’s uniform full with sword and ceremonial baton—and the queen’s three different kids walked behind the coffin in a gradual and solemn march from Holyroodhouse to St. Giles’ Cathedral, related by a well-known cobblestone avenue often called the Royal Mile.