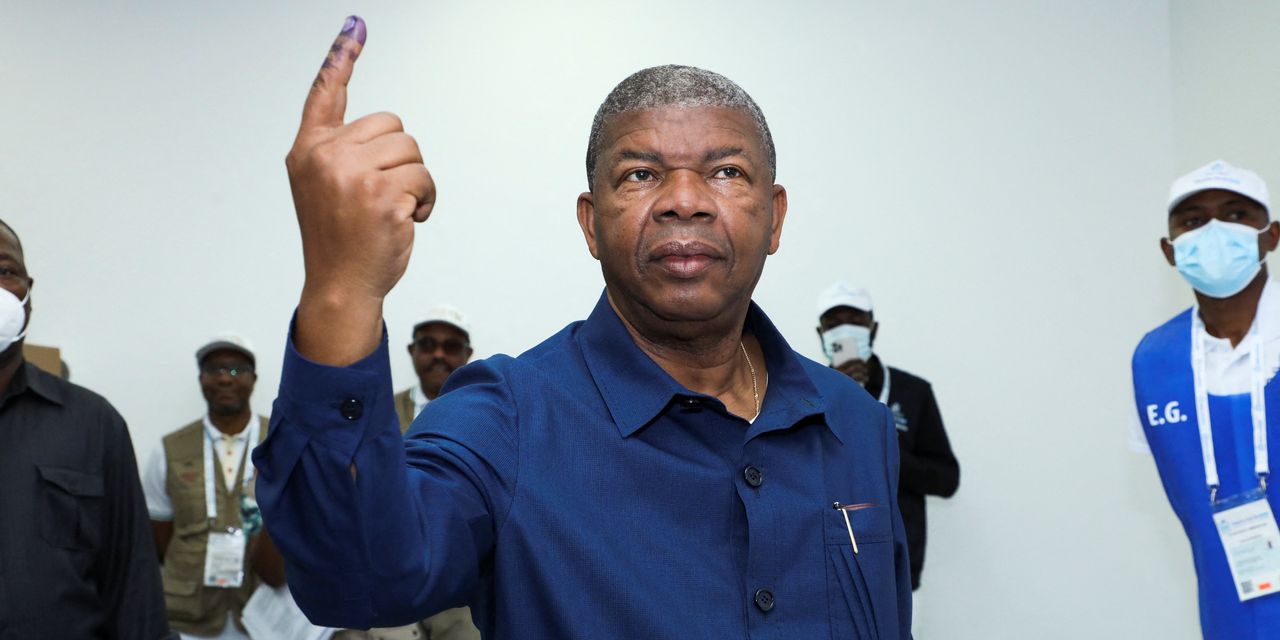 With 97% of ballots counted, the Fashionable Motion for the Liberation of Angola, or MPLA, has received 51% of the vote in Wednesday’s elections, the fee stated, the social gathering’s slimmest margin since Angola held its first nationwide elections in 1992. The opposition Nationwide Union for the Complete Independence of Angola, or Unita, received 44%, the fee stated, with the rest of the votes going to smaller events.