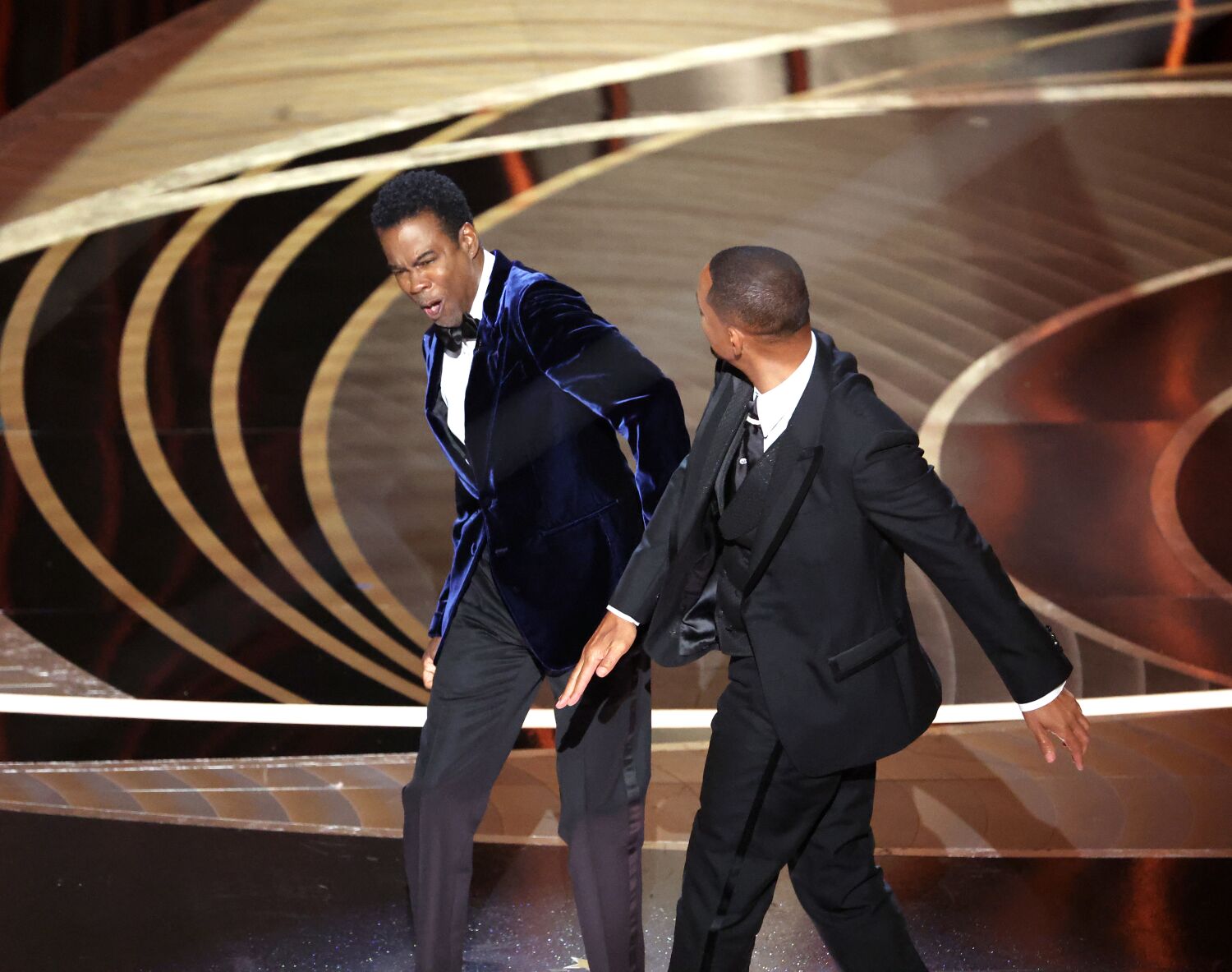 In accordance with “The View,” all you must gown up as one of many yr’s buzziest headlines is a gold bodysuit and a few purple face paint.

As a part of its “Boo Are You Wearing?” section Monday, “The View” showcased a lineup of Halloween costumes that co-host Sara Haines stated have been impressed by the yr’s “fair share of horror stories and shocking moments.” With the assistance of wardrobe supervisor Ashley Alderfer Kaufman, kids dressed up as inflation, the discontinued Choco Taco and even Barbie and Ken from Greta Gerwig’s upcoming “Barbie” film.

However one costume stood out among the many relaxation.

A toddler walked onto “The View” stage sporting a gold unitard, matching face paint and a vivid purple handprint on their cheek. The costume? “The Oscars slap,” Alderfer Kaufman stated.

“Now, we do not want to endorse violence of any kind, but we couldn’t help but talk about one of the hottest hot topics this year,” she stated.

After all, the golden getup was a reference to Will Smith slapping Chris Rock on the 94th Oscars in March, after the comic made a joke concerning the former’s spouse, Jada Pinkett Smith. Regardless of the backlash the “King Richard” actor has confronted for the controversial second, clearly his Oscars second nonetheless has legs — this time, actually.

“The View” additionally turned the FBI search at former President Trump’s Mar-a-Lago property into Halloween materials, with two kids dressed as FBI brokers surrounding one other child sporting a hybrid costume of Trump and a bathroom flushing confidential paperwork. Dr. Oz and his crudité fumble have been additionally became a dressing up.