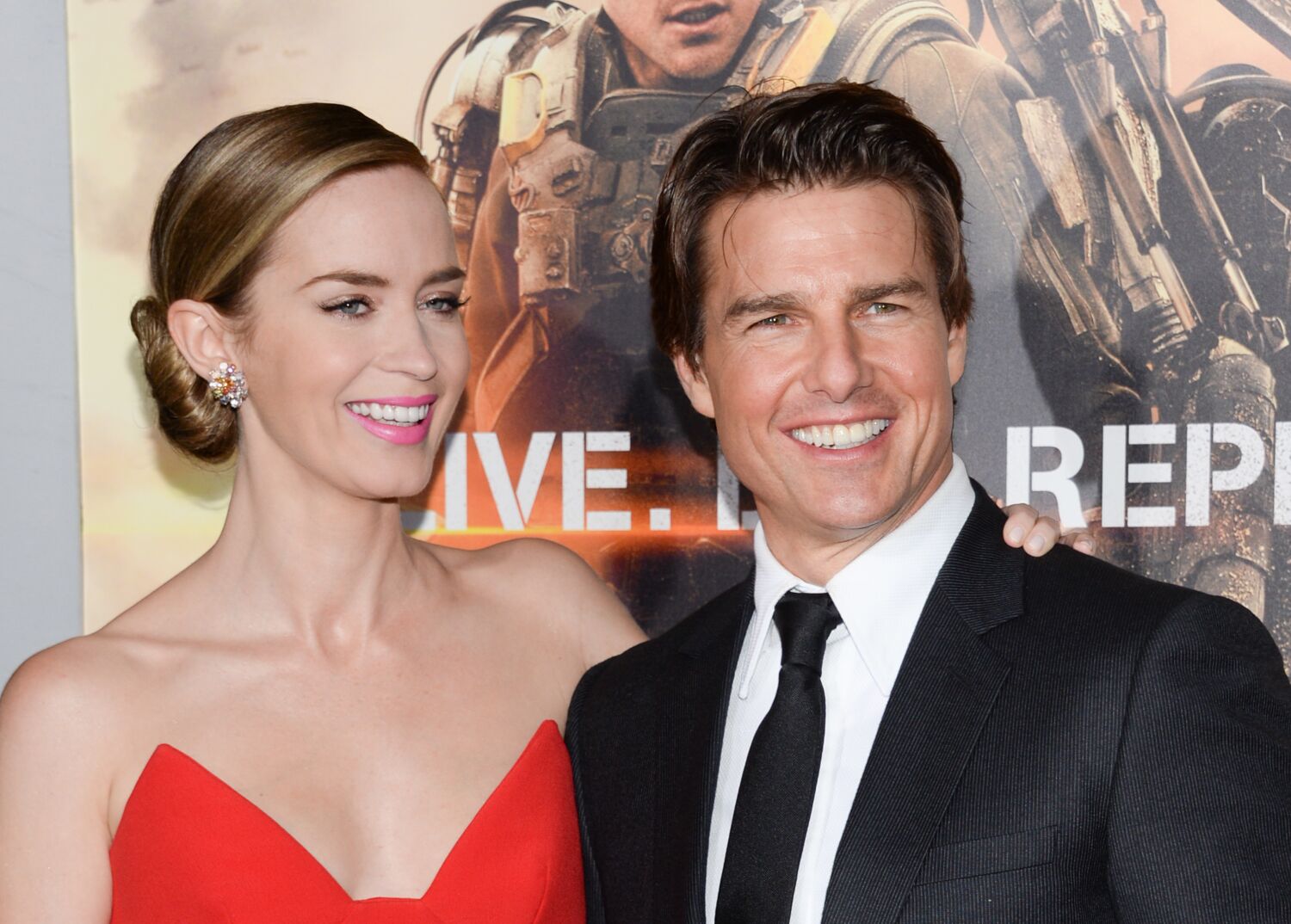 Emily Blunt is pulling again the curtain on what it was prefer to work with Tom Cruise on “Edge of Tomorrow.”

In a brand new episode of the “SmartLess” podcast that premiered Dec. 5 on Wondery and might be accessible Monday on different streaming platforms, Blunt recalled Cruise telling her to “stop being such a p—” behind the scenes of their 2014 motion movie.

In keeping with Leisure Weekly, the “Devil Wears Prada” and “A Quiet Place” actor recounted her expertise engaged on “Edge of Tomorrow” to “SmartLess” co-hosts Jason Bateman, Sean Hayes and Will Arnett. She mentioned that the sci-fi film’s futuristic, mechanical costumes weighed about 85 kilos, which pushed her to her breaking level at some point on set.

“It was so heavy,” she mentioned, in keeping with Leisure Weekly.

“The first time I put it on I just started to cry in front of Tom, and he didn’t know what to do. He just stared at me. I was like, ‘Tom, I’m not sure how I’m going to get through this shoot,’ and just started to cry. I said, ‘I’m just feeling a bit panicky about the whole shoot.’ He just stared at me for a long time, not knowing what to do, and he goes, ‘Come on, stop being such a p—, OK?’”

Blunt mentioned she laughed off the comment and was in a position to make it via the shoot with Cruise. Although she admitted the “training was intense” and that it “would’ve been great” if the consequences division had simply tricked out the costumes utilizing CGI.

“We wanted to do it practically and in a tactile way,” she mentioned. “When you hear the word ‘tactile,’ you think that sounds nice and cozy. There was nothing cozy about wearing these suits.”

A consultant for Cruise didn’t instantly reply Sunday to The Instances’ request for remark.