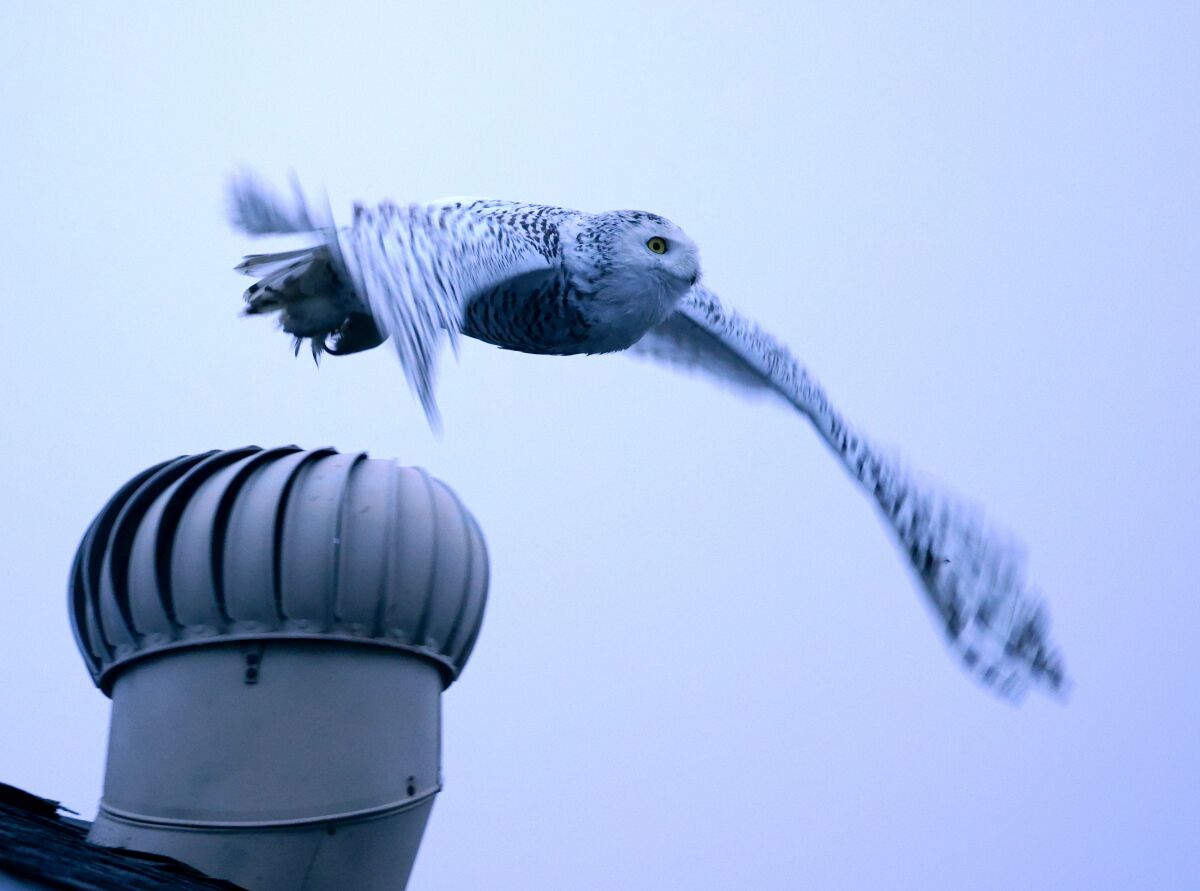 Swarms of hen fanciers have been flocking to a west Orange County neighborhood to ogle a snowy owl. The North Pole native appeared round Christmas Day and hunkered down on a Cypress rooftop, offering picture alternatives that had been unusually, virtually embarrassingly, snug.

Chris Spurgeon with the Pasadena Audubon Society theorizes that the uncommon avian customer seldom seen south of the Canadian border was blown 1000’s of miles off target by a storm or maybe cruised into the close by Lengthy Seaside/San Pedro port complicated on a freighter.

“They’re not supposed to be here — normally they don’t venture farther south than Oregon,” he stated, taking inventory on a current afternoon of the almost 2-foot-tall hen, with its rounded head and piercing yellow eyes.

“Stardom seems to suit him,” Spurgeon stated of the Arctic’s largest avian predator, which appeared unruffled by the commotion it was inflicting on the sidewalk beneath as birders armed with telephoto lenses and recognizing scopes jostled for place.

Among the many cluster of birdwatchers was photographer Sheila Parker, from the South Bay, who acquired a name Wednesday from a good friend in Pennsylvania telling her {that a} snowy owl was rumored to have been sighted on high of a home in Cypress.

“I thought, ‘Well, if I don’t see it with my own eyes, I’ll never know for sure,’” Parker stated. “So I packed my camera gear and hit the road.”

Shifting nearer to seize a number of frames worthy of displaying to pals, she remarked, “It’s not the rarest bird I’ve ever seen, but it’s certainly the most out-of-place one.”