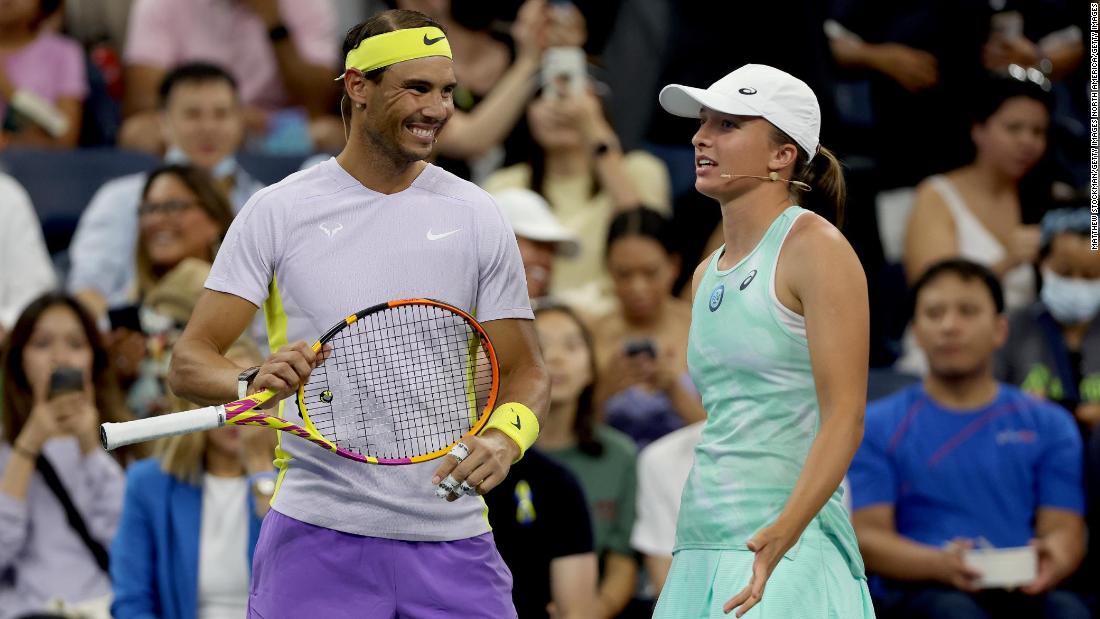 Nadal and Swiatek took on McEnroe and Gauff in one of many highlights of the night.

Ladies’s world No. 1 Swiatek stated: “For me, especially because Ukraine is right next to my country and because we as Poles are really united and helping, and I want to use every opportunity to show people that we all can be united.”

US star Coco Gauff added: “For me to speak out is something that I always cherish. I always said you can change the world with your racket.

“So being right here at this time on Armstrong and enjoying for such an incredible trigger is one thing that I will not take without any consideration, and I am grateful to do it amongst legends of the game.”

The USTA said that all ticket revenue from the event went to the GlobalGiving’s Ukraine Crisis Relief Fund, which supports humanitarian assistance in impacted communities in Ukraine and surrounding regions where Ukrainian refugees have fled.

Several hours ahead of the event, the USTA announced that Victoria Azarenka of Belarus would not participate, saying: “Within the final 24 hours, after cautious consideration and dialogue with all events concerned, Victoria Azarenka is not going to be collaborating in our ‘Tennis Plays for Peace Exhibition’ this night.

“Vika is a strong player leader and we appreciate her willingness to participate. Given the sensitivities to Ukrainian players, and the on-going conflict, we believe this is the right course of action for us.”

The occasion comes after the Ukraine Ministry of Youth and Sports activities introduced in a press release on Tuesday that 133 Ukrainian athletes and coaches have died so far within the six months of the Russian invasion of the nation.