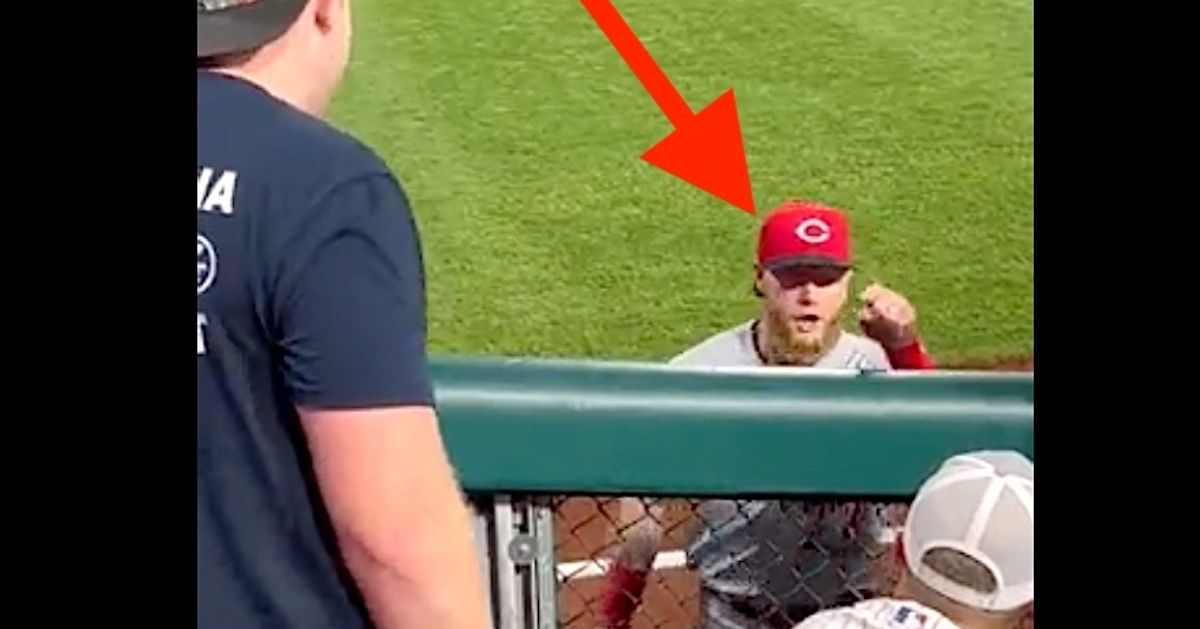 A Cincinnati Reds outfielder was caught on digicam stepping into it with a Phillies fan throughout Thursday evening’s ballgame.

It’s not clear what set off Jake Fraley, who was enjoying left for the Reds as they took on Philadelphia on Thursday.

However footage shot by a fan in Residents Financial institution Park in Philadelphia exhibits him jawing at one fan specifically.

“Shut the fuck up,” he tells the fan.

Devine said in another post that followers has been throwing “the most basic insults” at Fraley.

“I’ve heard worse stuff thrown at people taking too long at the Wawa kiosk,” he mentioned in what stands out as the most Philly rationalization of all time.

The followers, he mentioned, have been ejected.

“It was weak stuff on Jake Fraley’s part,” he mentioned. “The guys that got thrown out tonight, they didn’t do anything wrong. They were throwing the lightest insults I’ve ever heard in my life and Jake Fraley just took it way too seriously.”

Some folks saying the followers introduced up Fraley’s spouse and youngsters. Personally didn’t hear that but when they did, clearly not cool and provides Fraley the fitting to say one thing

Fraley has not but spoken publicly concerning the incident.