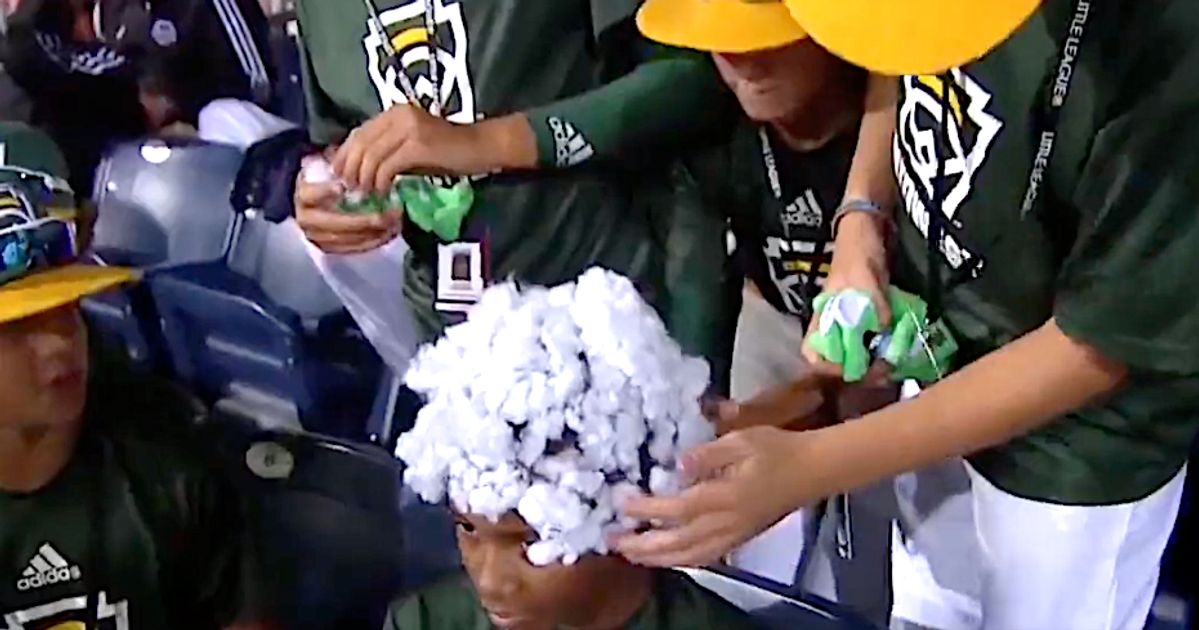 White gamers had been seen masking a Black teammate’s head with cotton on the Little League World Series, however league officers claimed Monday the admittedly “racially insensitive” optics weren’t what they appeared. (Watch the video beneath.)

ESPN cameras centered on members of the Davenport, Iowa, crew ripping stuffing out of giveaway toys and sticking it on the Black participant’s head.

“During the broadcast of the MLB Little League Classic, a Midwest player was shown with filling from a stuffed animal given away at the game on his head,” officers stated in an announcement. “After speaking with the team, as well as reviewing photos, multiple players on the Midwest region team were taking part in this while enjoying the game.”

“As only one player appeared on the broadcast, Little League International understands the actions could be perceived as racially insensitive,” the league assertion continued. “We have spoken with the player’s mother and the coaches, who have assured us that there was no ill-intent behind the action shown during the broadcast.”

Darren M. Haynes, sports activities anchor at WUSA9, talked about the assertion Monday however nonetheless had pointed phrases in regards to the incident.

“To be honest, I believe the kids were not trying to be racist,” he stated. “They just didn’t know what they were doing was racist. But let this serve as a reminder why education is the best tool for tackling racism and discrimination so I don’t have to keep talking talk about senseless acts like this anymore on TV.”

HuffPost didn’t instantly hear again from ESPN in a request for remark.

The Davenport crew is scheduled to play towards Pearland, Texas, Tuesday night.