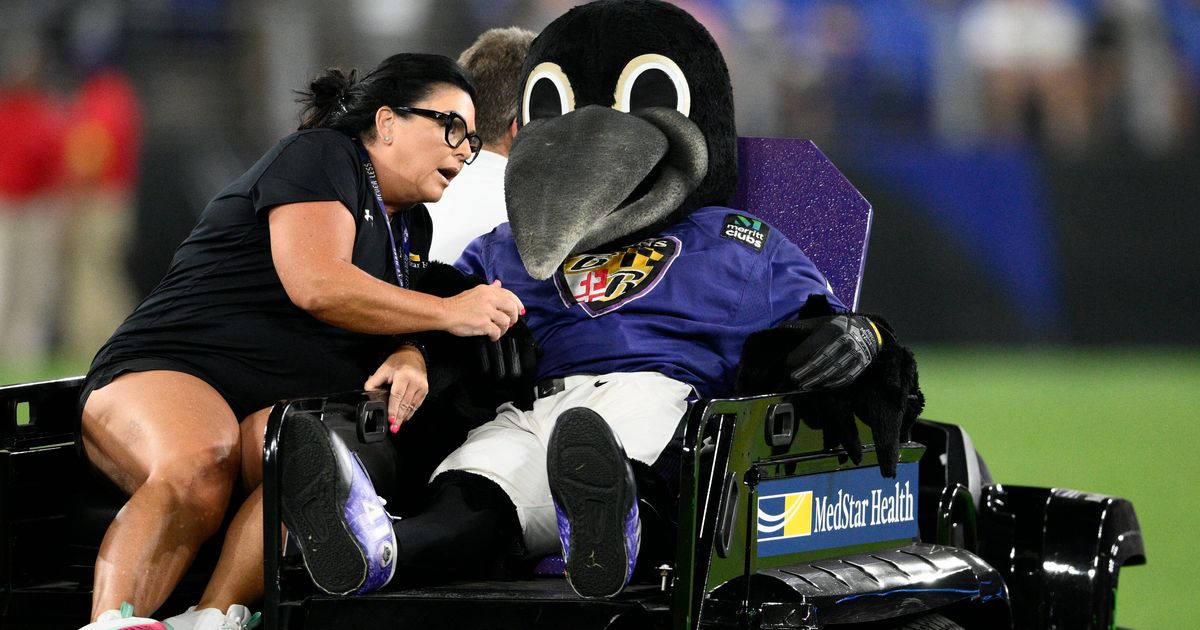 The Baltimore Ravens mascot, Poe, went down on the sphere in a fall that would have triggered a critical harm throughout a halftime occasion on Saturday.

The feathery mascot took the tumble throughout an exhibition soccer sport that featured the Beginner Athletic Union Baltimore youth soccer crew in opposition to crew mascots, together with the College of Delaware’s YoUDee, the Baltimore Orioles’ Hen and the Washington Capitals’ Slapshot.

Poe instantly used his feathers to seize his leg after the autumn and medical employees soared to his support.

Workers carted the fowl off the sphere earlier than the second half of the sport between the Ravens and the Washington Commanders.

Poe isn’t the primary mascot to be carted off the sphere for an harm.

The mascot later gave a thumbs-up to the gang following the harm and confirmed he was “good” on his Twitter account.