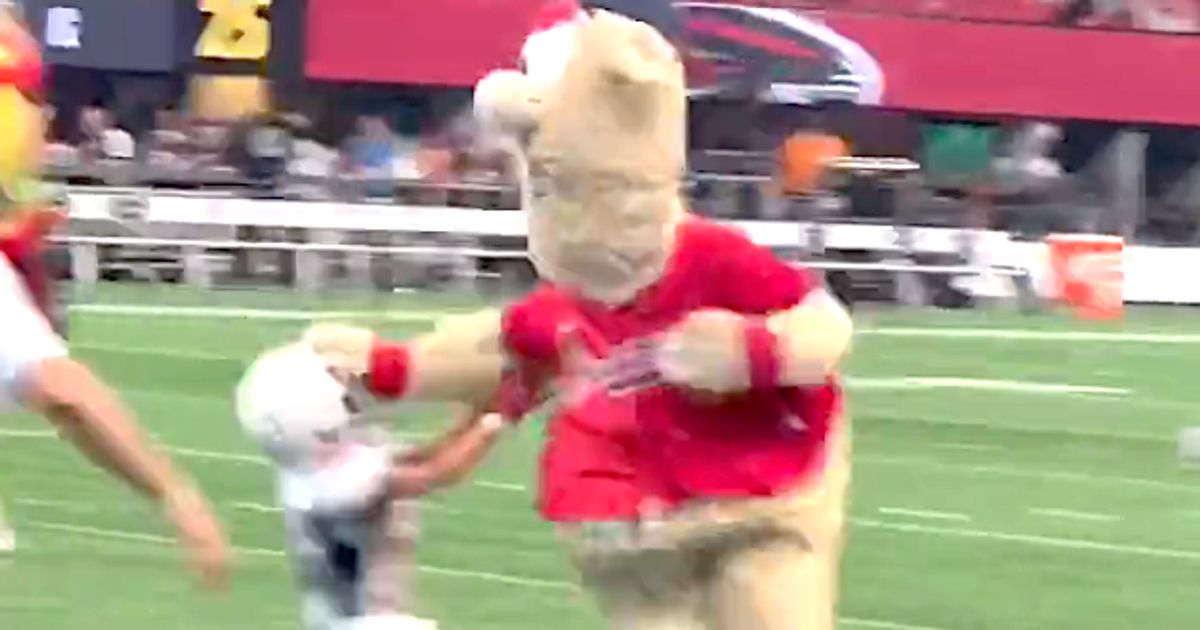 Blooper, the Atlanta Braves’ mascot, has fairly a approach with youngsters. (Watch the clips under.)

He stiff-armed youth-league soccer gamers to the bottom and ran over one other on a landing run on Saturday, viral video confirmed.

Blooper was considered one of a number of mascots taking part in towards native peewee leaguers at halftime within the Atlanta Falcons’ preseason recreation at Mercedes Benz Stadium ― however he stood out for being a steamrolling brute.

That features being a child’s worst nightmare on protection.