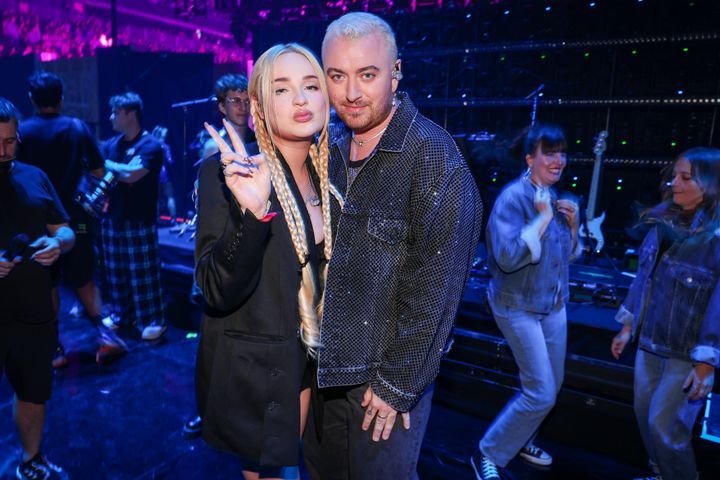 Sam Smith’s self-proclaimed “villain era” is off to a history-making begin.

The four-time Grammy winner hits the highest of Billboard’s Scorching 100 chart this week with “Unholy,” their new tune with Kim Petras. The achievement makes Smith the primary nonbinary artist to succeed in No. 1 on the chart, which measures the 100 hottest songs within the U.S. Petras, in flip, turns into the primary overtly transgender artist to take action.

The information might come as a shock to Smith’s followers, on condition that the British singer-songwriter has reportedly offered greater than 30 million albums worldwide and received an Oscar for “Writing’s on the Wall,” from the 2015 James Bond movie, “Spectre.”

Previous to “Unholy,” Smith’s highest-charting tune was 2014’s “Stay With Me,” which peaked at No. 2 on Billboard’s Scorching 100 chart.

On Tuesday, Smith stated they have been “honestly speechless” and “extremely happy” by the success of “Unholy.”

“This song is so special to me for so many reasons and I am just so proud of everyone involved for their bravery and guts and spirit,” they wrote on Instagram. “I am so honored to get to work with such incredibly talented musicians and humans. And Kim… what magic you are. You are a treasure and an inspiration to so many.”

Petras echoed these sentiments, thanking Smith for “riding with me for years at this point.”

“I’m so honored to be a part of your first number one in the US which you should have 500 of at this point,” she wrote on Instagram. “I love you forever angel.”

“Unholy” is about to seem on “Gloria,” Smith’s fourth studio album. Due out in January 2023, “Gloria” is their first new report since 2020’s “Love Goes” and, in response to the musician, represents “a transitional three years in my life.”

Although Smith maintains that their music has “always been queer,” they not too long ago acknowledged that their fan base has shifted ever since they started residing as their true self in 2019.

“In terms of music, I definitely feel like there are some people that have turned away, I think, purely down to homophobia and transphobia,” Smith informed podcaster Annie Mac earlier this month. “That’s a hard thing to take on, that people are digesting your music in a different way. It’s fascinating how people’s politics sometimes can leak into their love of music.”

Catch the music video for “Unholy” beneath.