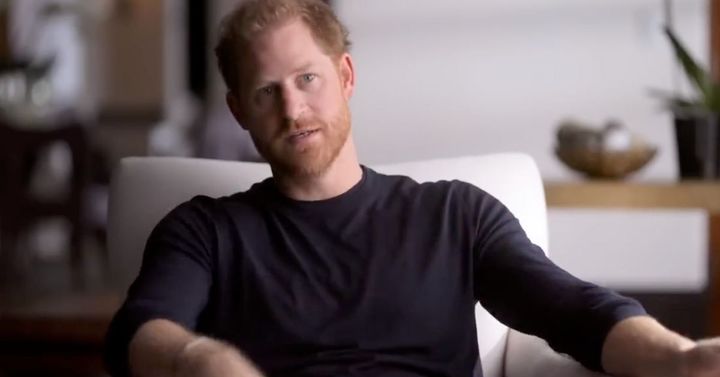 Prince Harry revealed what he missed most about life inside “the institution” within the final episode of the Duke and Duchess of Sussex’s Netflix docuseries, known as “Harry & Meghan.”

“I miss the weird family gatherings when we’re all sort of brought together under one roof for, you know, certain times of the year. That I miss,” he stated. “You know, being part of the institution meant that I was in the U.K. ― so I miss the U.K., I miss my friends.”

The duke added that amid he and Meghan Markle’s resolution to step again and transfer to California, he’d “lost a few friends in this process as well.”

He additionally defined that he made the transfer to Montecito in Santa Barbara “because I was changed.”

“I changed to the point that I’d outgrown my environment. Therefore, this was the most obvious place to come,” he stated, including that it was additionally a location the place his late mom, Princess Diana, “was probably gonna end up living, potentially.”

“There’s times when I’ve been angry, but I can’t be that angry because I genuinely feel that I ― and we ― are exactly where we’re supposed to be,” he stated. “We’ve made it to the other side.”

Harry’s revelations are set to proceed, because the Duke of Sussex’s highly-anticipated memoir, titled “Spare,” will come out on Jan. 10.

“I’ve worn many hats over the years, both literally and figuratively, and my hope is that in telling my story — the highs and lows, the mistakes, the lessons learned — I can help show that no matter where we come from, we have more in common than we think,” the royal stated in a press launch asserting his new guide, including that he was “excited for people to read a firsthand account of my life that’s accurate and wholly truthful.”