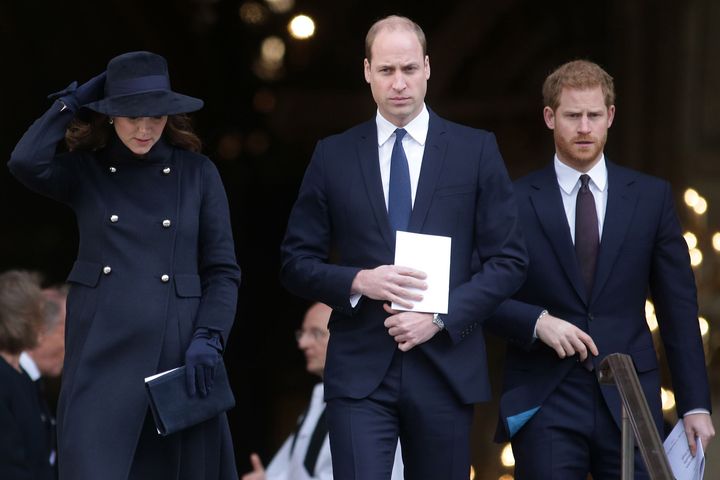 Prince Harry claimed that his brother Prince William hit him and pushed him to the ground in an assault after the Prince of Wales described Meghan Markle as “difficult,” “rude” and “abrasive.”

The battle is reportedly detailed within the royal’s forthcoming memoir, “Spare,” and The Guardian obtained and printed a passage on Wednesday.

Harry stated that he tried to get William a glass of water, however as an alternative, he “came at me.”

“It all happened so fast. So very fast. He grabbed me by the collar, ripping my necklace, and knocked me to the floor,” the Duke of Sussex wrote. “I landed on the dog’s bowl, which cracked under my back, the pieces cutting into me. I lay there for a moment, dazed, then got to my feet and told him to get out.”

Based on the passage obtained by The Guardian, William then left and stated, “You don’t need to tell Meg about this.”

Harry wrote that his now-wife did discover the “scrapes and bruises” and that she “was terribly sad.”

The royal household is probably going bracing itself for extra allegations within the coming days, as Prince Harry is sitting down with each Anderson Cooper and ITV’s Tom Bradby for broadcast interviews, which can air on Jan. 8.

The date is particularly symbolic, because it marks three years since Harry and Meghan introduced they had been stepping again as working members of the royal household.

Harry’s memoir formally comes out on Jan. 10. The duke stated in an announcement when the guide was introduced that he’s “excited for people to read a firsthand account of my life that’s accurate and wholly truthful.”

The prince stated on the time: “I’ve worn many hats over the years, both literally and figuratively, and my hope is that in telling my story — the highs and lows, the mistakes, the lessons learned — I can help show that no matter where we come from, we have more in common than we think.”