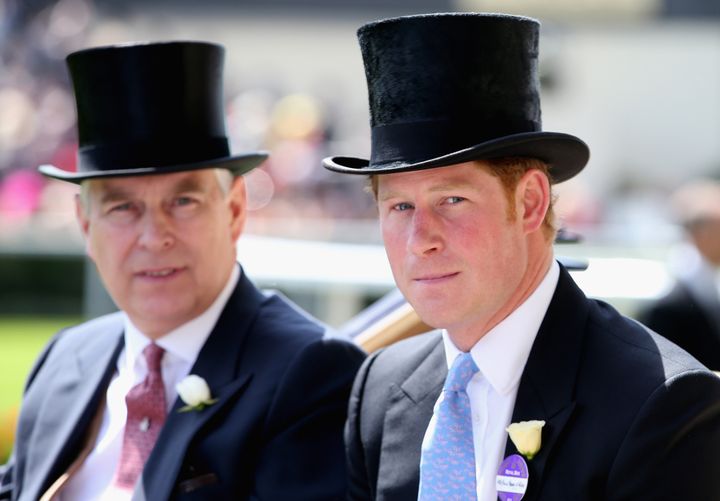 Prince Harry turned the primary royal member of the family to say what he referred to as the “shameful” intercourse assault allegations towards Prince Andrew in his new memoir “Spare,” which formally got here out on Tuesday.

The Duke of Sussex, writing about safety considerations after he and Meghan Markle stepped again from the royal household in 2020, introduced up his uncle, the Duke of York.

“Meg asked me one night: You don’t think they’d ever pull our security, do you?” Harry wrote.

“Never,” Harry stated he replied. “Not in this climate of hate. And not after what happened to my mother.”

He added: “Also, not in the wake of my Uncle Andrew. He was embroiled in a shameful scandal, accused of the sexual assault of a young woman, and no one had so much as suggested that he lose his security. Whatever grievances people had against us, sex crimes weren’t on the list.”

Final 12 months, Andrew reached an out-of-court settlement with Virginia Giuffre, who accused the royal in a lawsuit filed in New York Metropolis of sexually assaulting and abusing her when she was a minor in 2001.

Andrew repeatedly denied the allegations through the years. He formally stepped again from royal duties for the “foreseeable future” in 2019, after a disastrous interview with BBC “Newsnight.”

Within the interview, he did not distance himself from his longstanding friendship with the now-deceased pedophile Jeffrey Epstein, or to specific sympathy for Epstein’s sex-crimes victims.

Andrew was stripped of his army titles and royal patronages in January 2022.

“With The Queen’s approval and agreement, The Duke of York’s military affiliations and Royal patronages have been returned to The Queen,” Buckingham Palace stated in a press release on the time. “The Duke of York will continue not to undertake any public duties and is defending this case as a private citizen.”