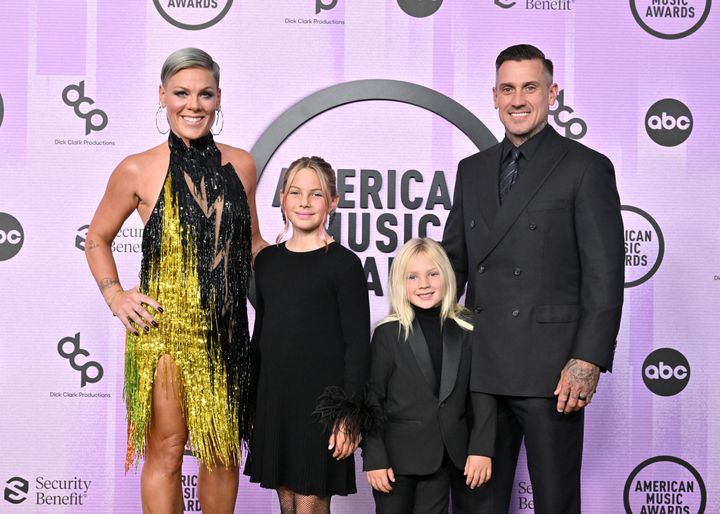 Willow Sage Hart is as soon as once more demonstrating her budding musical prowess ― and this time, it’s with an emotional cowl of an Olivia Rodrigo smash.

The 11-year-old daughter of singer Pink and former motocross star Carey Hart delivered a chilling rendition of “The Rose Song” ― which Rodrigo first carried out on the second season of “High School Musical: The Musical: The Series” ― at her college recital this week.

On Tuesday, Pink shared a brief video of Willow’s efficiency on Instagram. Based mostly on the footage, Willow seems to have inherited her well-known mother’s vocal chops and stage presence.

As of Thursday night, Pink’s video had acquired greater than 460,000 likes. Willow’s singing additionally drew reward from a number of celebrities, together with Rodrigo herself.

Many followers bought their first style of Willow’s formidable abilities two years in the past, when she joined her mother on ABC’s “The Disney Holiday Singalong” for a rendition of “The Christmas Song,” a tune popularized by Nat King Cole.

The mother-daughter efficiency grew to become one of many standout moments of that tv particular, with followers heaping reward on Willow’s powerhouse voice.

As for Pink, the three-time Grammy winner is at present gearing up for a serious musical resurgence. Final month, she unveiled “Never Gonna Not Dance Again,” the lead single from her upcoming album, “Trustfall.”

Following the February launch of “Trustfall,” Pink is slated to hit the highway on the Summer season Carnival 2.0 tour, with dates set for New York, Los Angeles and Philadelphia, amongst different cities.