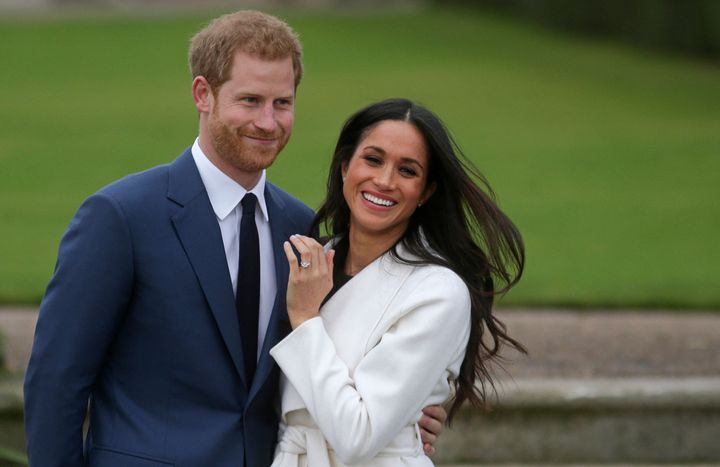 Meghan Markle shed perception into her and Prince Harry’s 2017 engagement interview, revealing within the third episode of the couple’s new Netflix sequence launched Thursday that the BBC piece was an “orchestrated reality show.”

“It was, you know, rehearsed,” the Duchess of Sussex mentioned of the couple’s first joint interview with the BBC’s Mishal Husain, as footage performed and likewise confirmed the couple posing for cameras throughout their engagement announcement.

“We did the thing out with the press, and then we went right inside, took the coat off, sat down and did the interview,” Meghan defined. “So it’s all in that same moment.”

“You mean just like prepping you that they’re gonna ask this, this, this, or how does that work?” a voice asks the couple within the episode.

“Yeah, but also, ‘Then, they’ll be a moment where they’ll wanna see the ring, so show the ring,’” Meghan continued, as Netflix lower to footage of Harry talking about the principle diamond from the ring being sourced from Botswana, and that the diamonds on the edges of the principle stone had been from his mom’s jewellery assortment.

“That’s true,” Meghan mentioned with a smile, as Harry added, “That’s the consistency.”

“That is consistent. Yeah. Until now,” Meghan pointedly provides.

Within the first episode of the sequence, the 2 spoke about assembly one another over Instagram.

Harry mentioned that he first noticed a video of a pal with Meghan ― who was partially obscured by a dog-ear filter within the clip ― and thought “Who is that?”

When the pal instructed Meghan that the prince was serious about assembly, she revealed that she scrolled by means of Prince Harry’s social media feed.

“I went through, and it was just like beautiful photography and all these environmental shots, and this time he was spending in Africa,” she mentioned.

Meghan later added that the prince had a listing of qualities he was searching for in a associate, however the prince refused to elaborate additional.

“Let’s not go there,” he mentioned firmly. “Not sharing the list.”