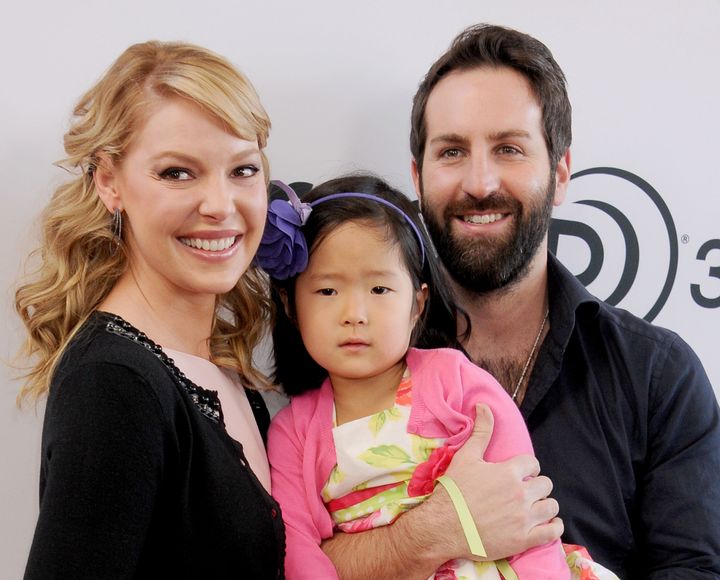 As she gears up for her return to tv, Katherine Heigl is taking time to mirror on the challenges of balancing parenthood with a high-profile profession.

Heigl appeared on Monday’s episode of “The View” to advertise the second season of her Netflix sequence “Firefly Lane.” The Emmy-winning actor grew to become visibly emotional early within the interview as she recalled feeling indifferent from her eldest daughter, Naleigh, shortly after adopting her in 2008.

“Naleigh came to us at nine months, and three days later, I got on a plane and went to work in Atlanta,” she stated. “At the time, becoming a new mother, I was just like: ‘I got it, I got it. I can handle this.’”

“I never saw that baby,” she defined. “I was at work with three triplets who were playing my goddaughter and I spent more time with them than I did with my new daughter. She bonded with my husband [musician Josh Kelley], of course. He was with her. So I was always afraid that I had missed that opportunity to really bond with her and that she didn’t love me.”

Heigl didn’t specify which movie or tv venture she was engaged on that required her to spend a lot time away from Kelley, whom she married in 2007, and their little one.

Nonetheless, she and Josh Duhamel portrayed the godparents of a 1-year-old child, Sophie (performed by Alexis, Brooke and Brynn Clagett) within the 2010 comedy “Life as We Know It.”

Heigl and Kelley adopted two extra kids after Naleigh: Adalaide, now 10, and Joshua, 5. And lately, Heigl and Naleigh, now 14, look like doing simply nice. Actually, Naleigh was within the viewers to observe her mother’s interview, and the pair lately celebrated their respective birthdays collectively over the Thanksgiving weekend.

Watch Katherine Heigl’s look on “The View” beneath.