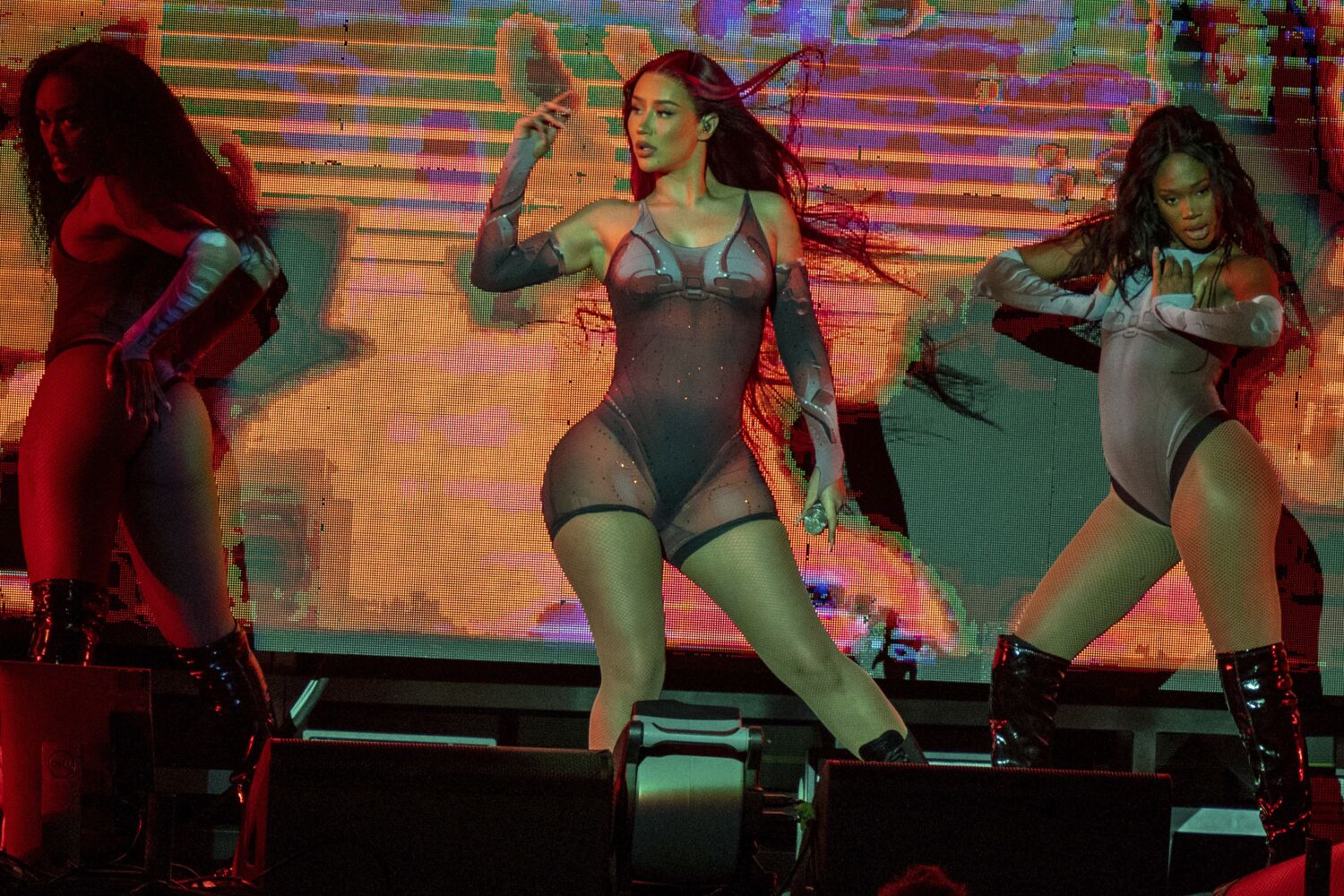 Iggy Azalea has invited the media to “please relax” after a quippy Twitter change between her and a reporter protecting the Las Vegas Raiders made headlines this week.

The “Fancy” rapper clarified Monday on Twitter that her sassy comeback to a author for the sports activities web site the Athletic who made a quip about her halftime efficiency on the Raiders-Texans soccer sport was all in good enjoyable.

In response to a tweet from XXL Magazine that stated Azalea “fired back” at sports activities journalist Tashan Reed after he dissed her, the Australian musician wrote, “He made a joke & I made a joke. It’s really not serious at all so please relax.” In profane phrases, the “Black Widow” hitmaker additionally accused the publication of getting a, let’s assume, penchant for drama.

On Sunday, Reed tweeted, “The combination of [Vegas’] Allegiant Stadium trying to make BBQ and Iggy Azalea performing at halftime is gonna make me depressed.”

After the halftime present, Azalea replied, “If you think you’re depressed now I’ll spare you the tears you’d cry knowing what my paycheck was to come and jiggle a lil a—.”

Reed then posted a GIF of basketball participant Alonzo Mourning shaking and nodding his head, whereas Azalea raised him a GIF of a sad puppy with the caption, “Sorry.”

Sporting a sheer Raiders bodysuit, Azalea carried out her 2014 hit “Fancy” — and certainly wiggled her booty — onstage at Sunday’s sporting occasion. The Raiders wound up beating the Houston Texans 38-20.

“I had an amazing day in Vegas today!” Azalea tweeted over the weekend. “My first time seeing a football game live & they won! Thanks @Raiders and their fans, Everyone around the stage really hyped me up & I appreciated it like you’ll never know because I was very, very nervous!”