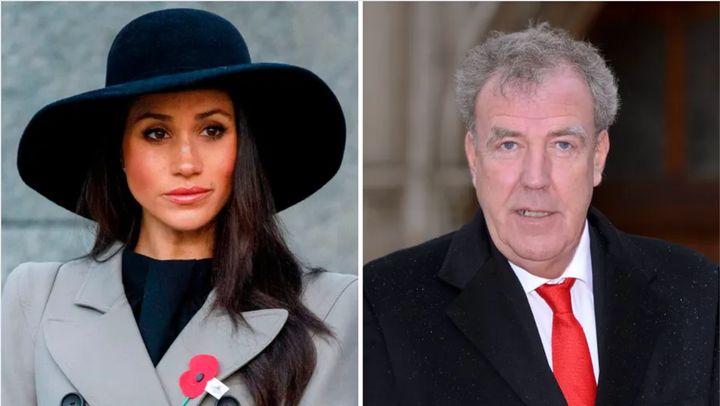 A spokesperson for Prince Harry and Meghan Markle blasted The Solar’s apology for its current publication of a column by which Jeremy Clarkson made hateful feedback about Meghan ― dismissing the apology as “nothing more than a PR stunt.”

“The fact that the Sun has not contacted The Duchess of Sussex to apologize shows their intent,” the consultant for the Susssexes stated, in a press release shared with HuffPost on Saturday.

“While the public absolutely deserves the publication’s regrets for their dangerous comments, we wouldn’t be in this situation if The Sun did not continue to profit off of and exploit hate, violence and misogyny,” the spokesperson added. “A true apology would be a shift in their coverage and ethical standards for all. Unfortunately, we’re not holding our breath.”

Final week, the previous “Top Gear” host wrote in a column that he hates Meghan “on a cellular level,” and described a lurid and debasing state of affairs he stated he fantasizes about.

“At night, I’m unable to sleep as I lie there, grinding my teeth and dreaming of the day when she is made to parade naked through the streets of Britain while the crowds chant ‘Shame!’ and throw lumps of excrement at her,” Clarkson wrote.

After main backlash to the column, the “Clarkson’s Farm” persona provided a non-apology, writing on Twitter that he’d “rather put my foot in it” with “a clumsy reference to a scene in Game of Thrones.”

Clarkson stated he was “horrified to have caused so much hurt” and vowed to “be more careful in future,” however didn’t make an precise apology.

Oh expensive. I’ve fairly put my foot in it. In a column I wrote about Meghan, I made a slipshod reference to a scene in Sport of Thrones and this has gone down badly with an incredible many individuals. I’m horrified to have brought about a lot harm and I shall be extra cautious in future.

The Solar provided an apology, and the article was taken down. It grew to become essentially the most complained-about article within the historical past of the U.Ok.’s Impartial Press Requirements Group.

“Columnists’ opinions are their own, but as a publisher we realise that with free expression comes responsibility,” a press release from the newspaper learn. “We at The Sun regret the publication of this article and we are sincerely sorry. The article has been removed from our website and archives.”

The Solar didn’t instantly reply to HuffPost’s request for remark.