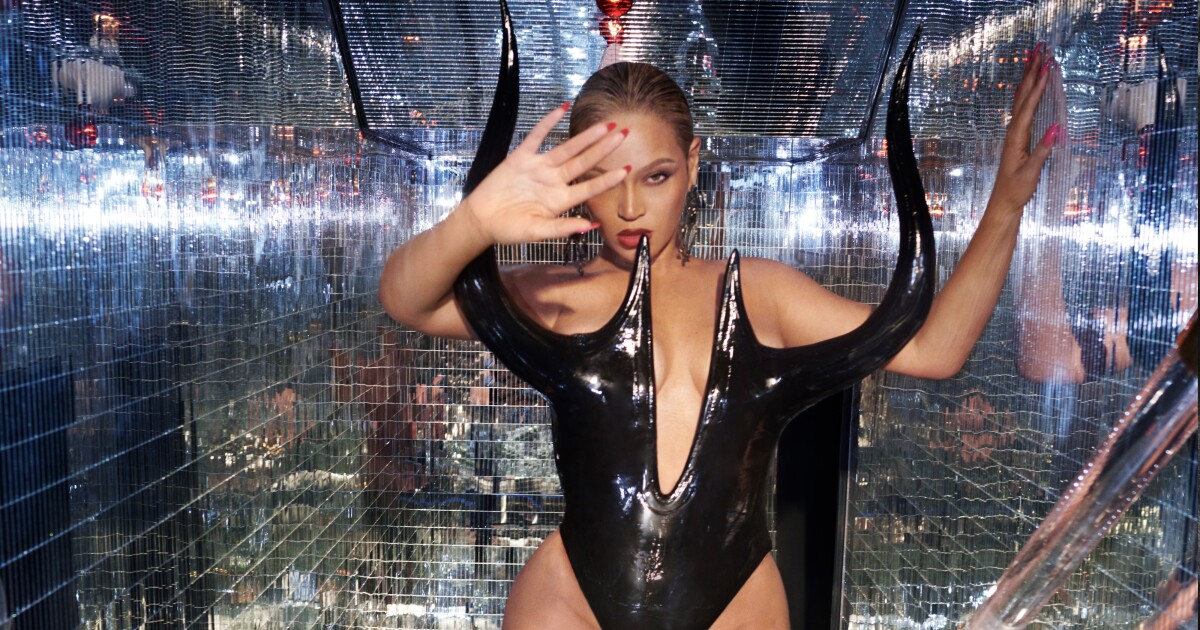 By now, you’ve in all probability heard Beyoncé’s new album “Renaissance” within the membership, at residence, within the automotive and at your favourite eating places. However did you count on to listen to it referenced within the morning site visitors report?

“Thank you Bill, I always appreciate it when you ‘Say My Name,’” Watko opened. “When you’re simply waking up, I hope you had some ‘Sweet Dreams’ — I simply heard a groan — however site visitors is getting ‘Heated,’ and it’s beginning to ‘Break My Soul.’”

Each song title appeared onscreen as she said it during the traffic report, complete with sounds of appreciation from her co-workers. There’s an audible snicker when she mentions a “‘Formation’ of traffic cones,” while Erin Coleman let out an “ooooh” when Watko mentioned the blocking of a left lane forming “a ‘Partition’ of sorts” with the right lane.

“She’s not writing a script by the way, this is all off the top of the head,” Keith Jones, Coleman’s co-anchor, added in amazement at the end.

“If you had gotten ‘Put a Ring on It,’ I would have just … there’s no way you could get that in there,” Coleman quipped.

By the end, the tally had risen to 17 with Coleman and Jones each adding a reference of their own.

“I’ve been planning this since Friday and then we had a big crash yesterday, and I haven’t been able to do it,” Watko added. “But we had to celebrate our girl Beyoncé’s new album.”

The report even caught the eye of Beyoncé’s mother, Tina Knowles, who posted the video Thursday on Instagram.

“This soo cool!” she captioned the post. “All song [titles].”

Beyoncé’s latest album, “Renaissance,” is poised to debut at No. 1 on the Billboard 200. On its first day, the album pulled in more than 50 million on-demand streams in the United States, according to Variety.

“For all its craft and know-how — there are transitions between songs here that could bring a tear to your eye — “Renaissance” is intensely, almost overwhelmingly emotional as Beyoncé savors the desire and satisfaction in her own life while contemplating the availability of those sensations to people on the margins,” Times critic Mikael Wood wrote of Beyoncé’s seventh studio album.