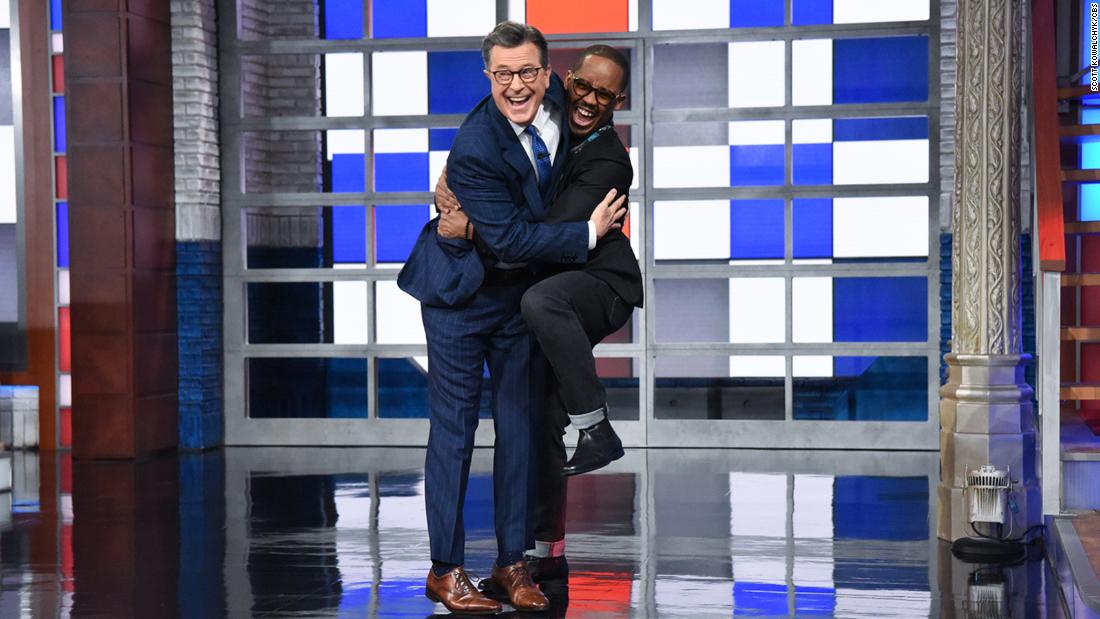 Colbert thanked the Oscar and Grammy Award-winning Batiste on Thursday’s episode of “The Late Show.”

“We’ve been so lucky to have a front row seat to Jon’s incredible talent for the past seven years. And will we miss him here? ‘Yeaaa!’ But we’re happy for you, Jon, and I can’t wait to have you back on as guest with your next hit record,” Colbert stated.

Cato, who has labored with artists together with Beyoncé, Mariah Carey, John Legend, and Talib Kweli, has served as interim bandleader this summer time and can take over on a everlasting foundation.

“Louis has done a great job this summer, and he is very humble, so he won’t say this. But I will. He’s a musical genius. He can play basically every instrument over there. Give him an afternoon, he’ll learn how to play Mozart on a shoehorn,” Colbert stated.

Cato, who has been with the present since its launch, might be joined by Joe Saylor and longtime home band members Louis Fouché, Jon Lampley, Endea Owens and Nêgah Santos.

“It has been one of the great honors of my life to work on this show, alongside some of the most talented musicians and creatives I know,” Cato assist. “Watching and learning from both Jon and Stephen for these past seven years, I’m genuinely excited to continue the tradition of excellence they’ve established.”

The eighth season of “The Late Show With Stephen Colbert” will premiere Tuesday, Sept. 6.