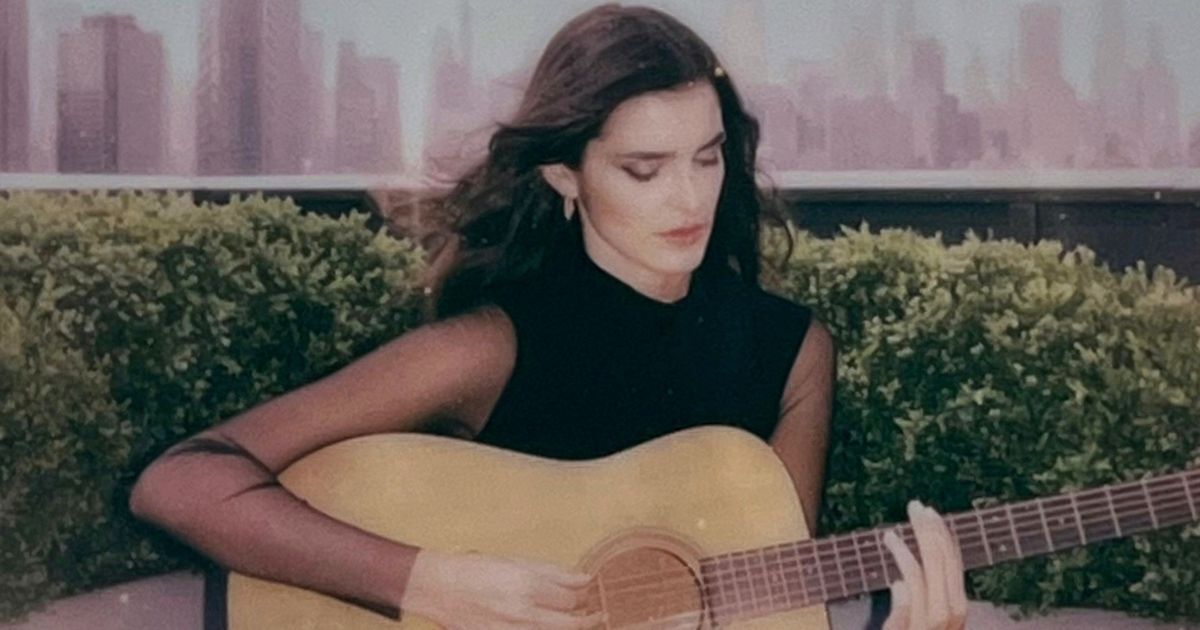 Eleri Ward is constant her yearslong celebration of Stephen Sondheim with a heartfelt acoustic tackle one of many Broadway composer’s most beloved songs.

The New York actor and musician unveiled her model of “Not While I’m Around” from the musical “Sweeney Todd” Friday. The tune, she stated, affords “a timeless and universal message of comfort” that listeners “need to hear right now, given the state of the world.” It additionally stands as a testomony to the endearing legacy of Sondheim, who died final 12 months at age 91.

“I’ve always been enamored by the darkness he digs into and splays open in his music and lyrics,” Ward defined. “Humans are messy and complicated and it’s what’s hiding underneath that is far more interesting to explore than anything else, in my opinion. It’s in that darkness underneath that we see the light in a more palpable and poignant way than if we only addressed the surface.”

Watch the music video for “Not While I’m Around” under.

“Not While I’m Around” is featured on Ward’s forthcoming album, “Keep a Tender Distance.” Due out Sept. 16 on Ghostlight Data, “Keep a Tender Distance” options 14 songs from an assortment of Sondheim musicals, together with “Company” and “Into the Woods,” reimagined in a manner that Ward believes affords “a different musical access point for those who know and love his music already, and for those who might not.”

“Keep a Tender Distance” is a worthy followup to Ward’s first Sondheim album, 2021’s “A Perfect Little Death.” That 13-track assortment drew glowing evaluations from shops like American Songwriter and landed the Chicago native a coveted spot because the opening act for Josh Groban on his Concord Tour this summer time.

“Sondheim’s work is nothing but honest and true to its core, and I’ve simply chosen to dress his music up in a much more raw and stripped-back costume than originally designed,” she stated. “I only ever want to honor the man and the music I love so dearly.”

“Keep a Tender Distance” will kick off a busy fall for Ward. In October, she’ll seem within the new off-Broadway musical, “Only Gold,” that includes songs by British singer-songwriter Kate Nash.

Although she’s mum on specifics, Ward stated the present “embodies everything I stand for as a theater artist.”

“It’s a new, original work based in heart while being told in a fresh, bold way both visually and musically,” she added. “I’m just so grateful to be making my off-Broadway debut in a beautiful show that I believe will dazzle audiences while forcing them to look at themselves and assess whether or not they’re living their lives listening to their hearts.”