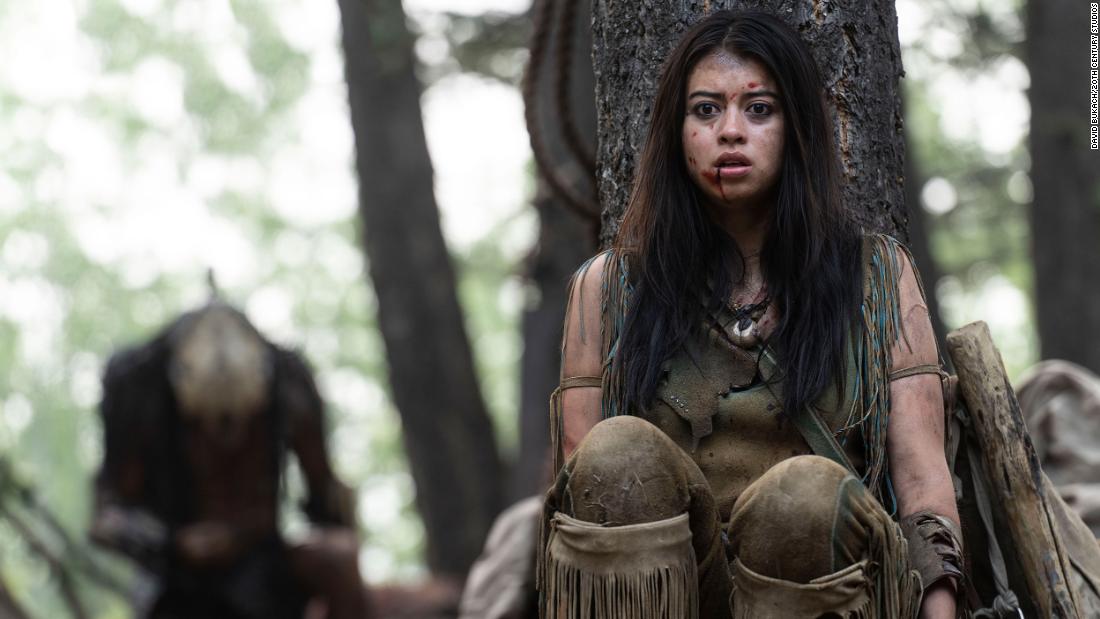 Touchdown instantly on Hulu (a alternative that seemingly speaks to the movie’s perceived theatrical prospects), this newest entry in a collection that hasn’t been significantly memorable for the reason that first film proves small-boned by the style’s requirements, dropping the hulking killer in Comanche territory 300 years in the past, the place its trophies initially embody loads of the native fauna.

The thrills do not look low cost, precisely, however the entire thing feels a bit cheaper, as if this have been the pilot for an anthology collection titled “Tales of the Predator,” charting periodic visits by means of historical past.

“A long time ago, it is said, a monster came here,” the film says firstly, earlier than introducing Naru (Amber Midthunder), a younger feminine warrior who needs to be taken critically as a hunter as a result of, she says, “you all think that I can’t.”

Naru quickly will get the check of a number of lifetimes, recognizing that the alien (performed by Dane DiLiegro, a 6’9″ former basketball player) isn’t an animal but something different, while also learning its strengths, weaknesses and the peculiar game that it plays in terms of who and what it chooses to kill.

When it comes to battling Predators, brains tend to trump brawn. Nevertheless, using spears and (thanks to French traders) the occasional musket in this struggle seems like an even more gargantuan task than the mano-a-alien fight that Arnold Schwarzenegger’s Dutch orchestrated 35 years ago, and he had the advantage of explosives and being able to hoist tree trunks.

There’s a history of setting science-fiction stories in the past — the 2011 movie “Cowboys & Aliens” comes to mind — and grounding this story around Native-American people offers a window into that culture. Still, those elements are by necessity treated in once-over-lightly fashion given the grisly business at hand.
Directed by Dan Trachtenberg (“10 Cloverfield Lane”), the novelty of “Prey’s” backdrop thus wears off pretty quickly, and even at a briskly paced 90-some-odd minutes, the movie fosters a sense of impatience about what Naru can devise to level the playing field. Until that climactic showdown, the best thing going for it is Midthunder, whose recent roles include “The Ice Street” and the CW’s “Roswell, New Mexico,” making the most of this physically demanding starring vehicle.

“Prey” works best in the context of an old-fashioned B horror movie, dropping a monster in a (very) remote locale, where almost no one can hear you scream.

Thematically, it’s an interesting addition to a franchise that returns every few years whether needed or not. When compared to recent predecessors this straight-to-streaming specimen isn’t bad, but it only feels worth adding to the “watch” list for those truly committed to collecting them all.