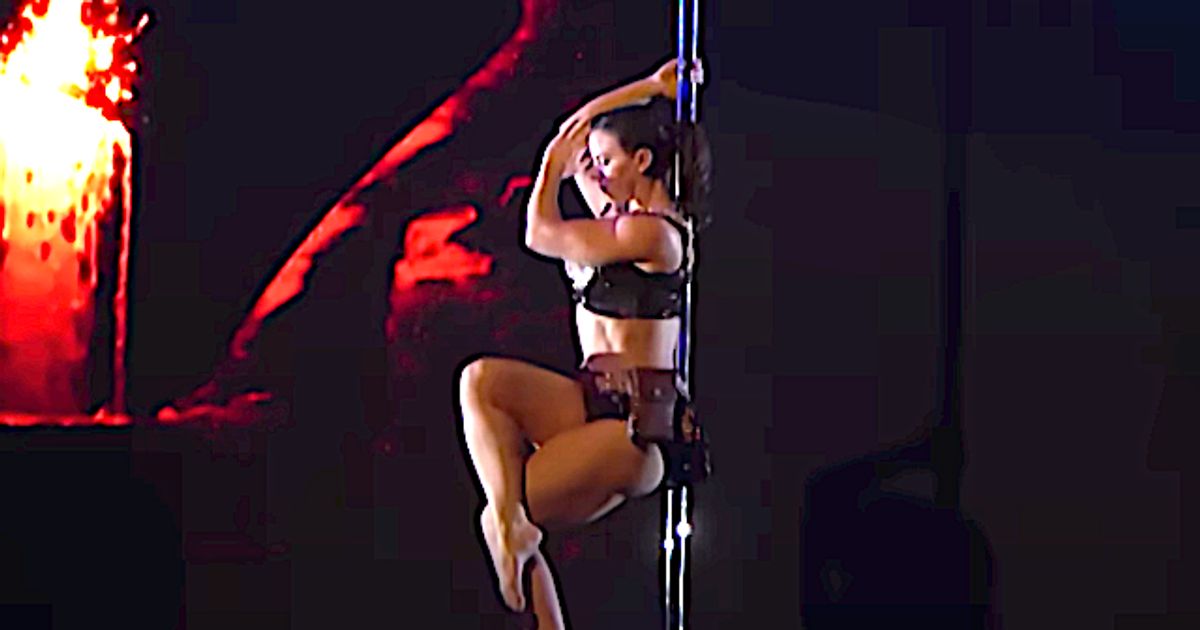 Kristy Sellars turned pole-dancing into a surprising flight of fancy on “America’s Got Talent” Tuesday. (Watch the video under.)

Choreographing her strikes with visible results, Sellars entered a forest of mushrooms, fell from a damaged department and survived a flood. And that was simply a part of her eye-popping efficiency.

He has since modified his tune.

“This was unbelievable,” he mentioned Tuesday, per USA Today. “One of the most astonishingly brilliant, creative acts we’ve seen on the live show.”

Sellars, a mom of three from Australia, has an opportunity on the high prize, Cowell mentioned.

“You might be the one who’s gonna surprise us all at the end of this year,” he mentioned.