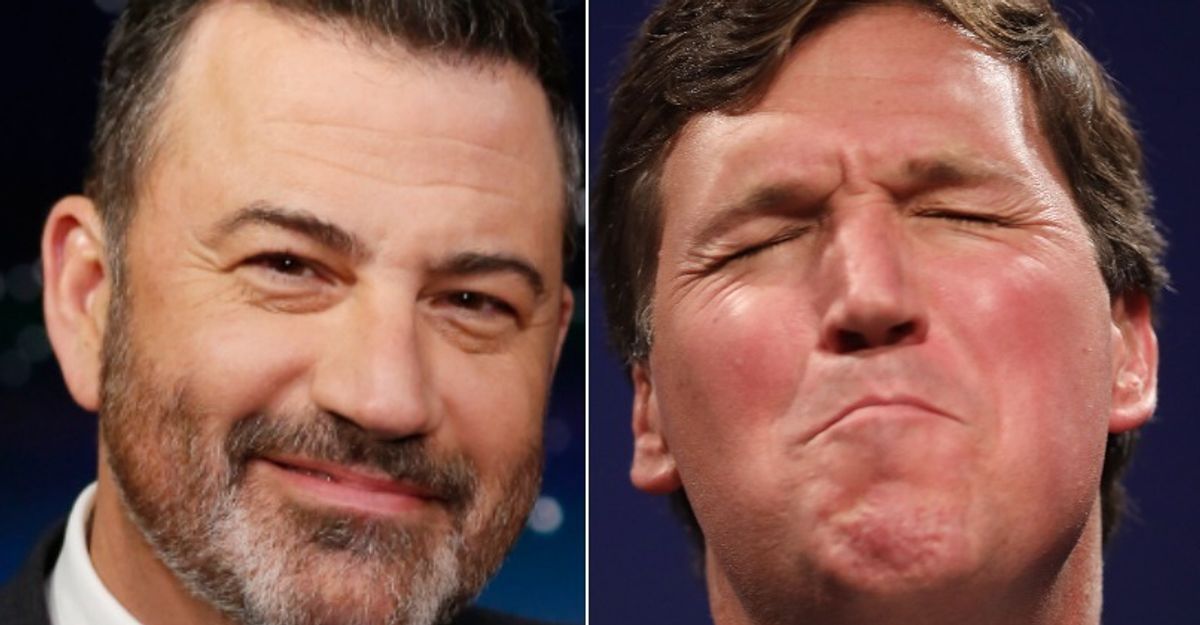 “Let’s stop lying about it,” Carlson mentioned. “Everybody knows the truth: Women are much tougher on women than men are in the workplace. That’s just true, I’m sorry. You’re not allowed to say that? I don’t care, that’s real!”

Carlson’s rant ended together with his trademark cackle, one thing Kimmel discovered too simple a goal.

“I don’t hate women, I laugh like a woman,” Kimmel mentioned. “I haven’t heard a giggle that disturbing since Joaquin Phoenix smothered his mother in ‘The Joker’ movie.”