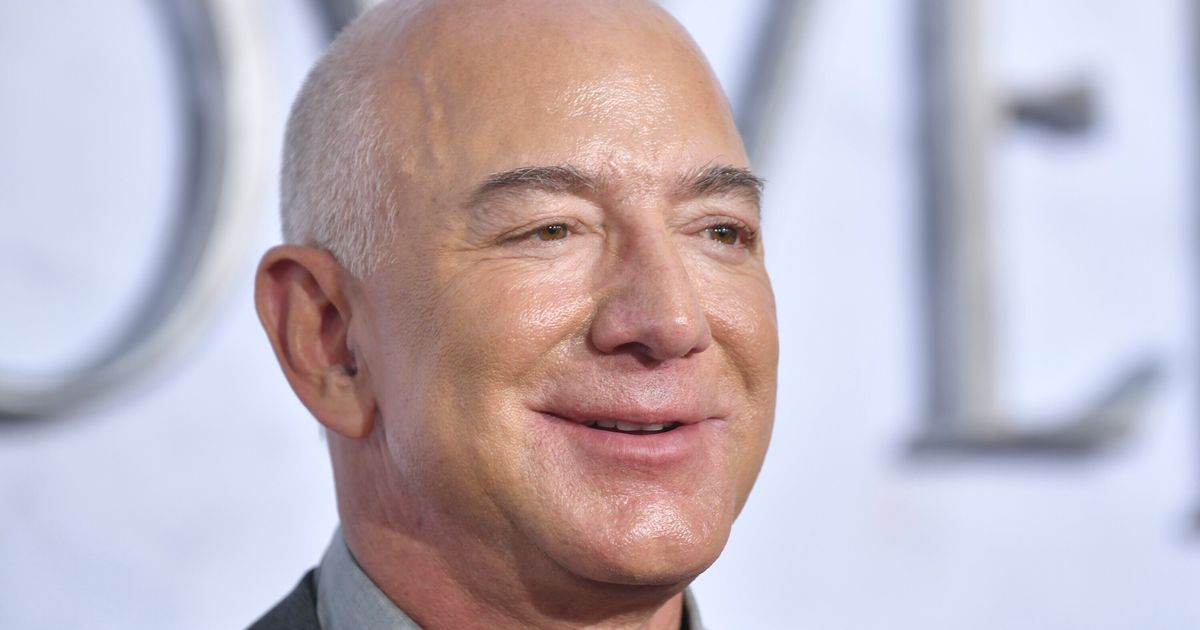 At Tuesday’s screening of “The Lord of the Rings: The Rings of Power,” Amazon founder Jeff Bezos revealed that his son warned him to not “eff this up” when the streaming titan started engaged on the fantasy sequence, per Selection.

“After Amazon got involved in this project, my son came up to me one day, he looked me in the eyes, very sincerely, and he said: ‘Dad, please don’t eff this up,’” Bezos advised the group on the premiere, based on the outlet.

Bezos additionally confessed that he and his household are large followers of J.R.R. Tolkien’s fantasy novels that birthed the beloved movie sequence — and the quantity of intense stress they put him beneath to uphold the franchise’s legacy.

“My grandfather’s the one who introduced me to Tolkien,” the billionaire mentioned on the London occasion on the Odeon Luxe cinema in Leicester Sq..

“I fell in love immediately, I was probably 13 or 14 years old. I fell in love with the adventure, of course, with the detailed universe, with the feelings of hope and optimism, with the idea that everybody has a role to play. And I’m happy to report that that cycle continues today,” he continued.

“Every showrunner’s dream — and I mean every showrunner — their dream is to get notes on scripts and early cuts from the founder and executive chairman,” he quipped.

The sequence is ready to launch on Amazon Prime on Thursday and follows “an ensemble cast of characters as they confront the re-emergence of evil to Middle-earth,” based on the present’s synopsis on the streaming service.