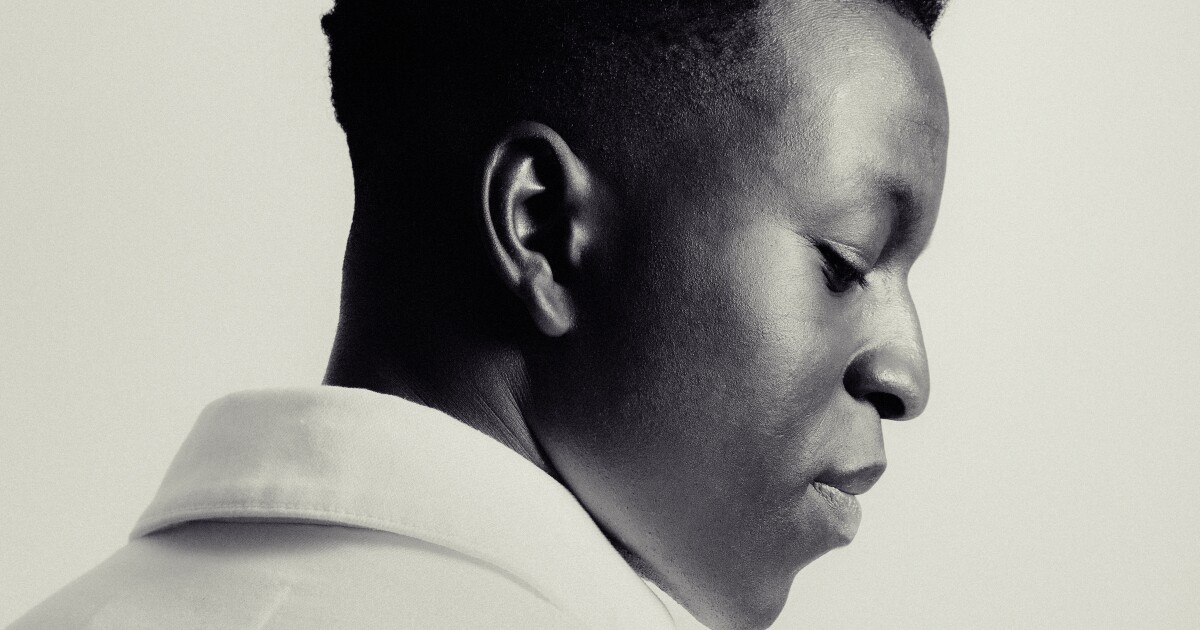 Sam Obisanya isn’t amusing riot on “Ted Lasso.” Somewhat, it was possible how involving his Season 2 arc was (activism, management, love) that earned the actor who performs him, 25-year-old Toheeb Jimoh, his first Emmy nomination. If the darkish evolution of Coach Nate (Nick Mohammed) from candy milquetoast to burgeoning supervillain has cooled the reception to the sequence’ second outing, Sam’s improvement could possibly be the present’s new hope.

“The relationship between Sam and Ted kind of parallels me and Jason,” says Jimoh of co-creator and star Jason Sudeikis. “He’s really helped me stand on my own two feet as an artist, just as Ted helps Sam stand on his own two feet as a player and as a person. It’s dope.”

Initially quiet Nigerian import Sam — not famous person Jamie (Phil Dunster) or old-guard hero Roy (Brett Goldstein) — is changing into the best player-leader beneath Coach Ted. Thrown into an atmosphere through which he was doubted and bullied, Sam, like Ted, doesn’t reply with confrontation.

“The fact that Sam leads with love is almost revolutionary,” says Jimoh, talking shortly because the ideas movement in his pure London accent. “Coming into a new country, especially the UK, it does feel like there’s this brittle front you have to have just to survive. I think there’s something really cool about it that he doesn’t do that.”

The actor isn’t taking his success without any consideration, regardless of a powerful run following graduating from London’s Guildhall College of Music and Drama in 2018: “In 2019, I got a lot of jobs really quickly. I got ‘Ted Lasso’ and I got [the lead in the BBC movie] ‘Anthony’ and I also got ‘The Power,’ which isn’t out yet, but yeah — I’m kind of riding my luck right now.”

Jimoh was born in London however spent his early childhood in Nigeria earlier than returning to London round age 7.

“The whole thing, identity-wise, is so interesting to figure out, where I call home. I think I’ve settled on a blend of everything. There’s a really cool, newly emerging idea of being a Black Brit. It’s been a turbulent struggle, but … You see [rapper] Stormzy in Glastonbury wearing the Banksy jacket with the Union Jack, and it feels owned. And [rapper] Dave, and Daniel Kaluuya doing what he’s doing is cool. It feels like I’m finding my home in those guys.”

That multifaceted identification served the younger grad when auditioning for “Ted Lasso.”

“At this point, I don’t even remember any other candidates for that role,” mentioned sequence co-creator Brendan Hunt. “We called him ‘Sam’ because we were giving a shout-out to our buddy Sam Richardson, who is Ghanaian. We had asked him for the appropriate Ghanaian ‘thank you’ term [for the script], and Toheeb just confidently changed it to his Nigerian dialect. It’s kind of a ballsy move for an actor to do: ‘This guy’s French? F— it, I say he’s from Luxembourg!’”

“I don’t think there was even a callback.”

“I changed Sam’s nationality,” acknowledged Jimoh. “I changed the dialogue, spoke a bit of Yoruba. It was a bit of a risk, but I thought I could better serve this project if it was something I felt completely tied to. And that’s kind of become the through line with Sam. Being Nigerian is such a big part of who he is. You know, high risk, high reward, and now we’re here.”

Jimoh didn’t change it up simply to face out on the audition, he mentioned. “I want to influence the way Nigerians are seen in the public sphere. Especially in the UK, in the media, Nigerians are painted very negatively. That’s why putting in the language is important: I think a lot of people feel seen by that. I know a younger Toheeb would have.”

That made him wanting to tackle maybe Sam’s key scene of the season, with slightly assist.

“He has taped [over the Dubai Air logo] on his shirt, he’s about to speak to the British press, who historically especially hate when Black players speak out. This is a brilliant example of ally-ship. Ted is supposed to have this press conference, but instead just allows Sam to have this platform. I think that’s the moment where Sam steps up and almost becomes a man in Season 2: ‘I’m not here to talk about football … Football’s not the most important thing to me right now.’”

“This was the summer of 2020 and we had just had the Lekki toll gate massacre in Nigeria. I was thinking, ‘People are dying, fighting for their rights back home, and I’m here in London.’ So to have that opportunity [as Sam] to stand up in that press conference — ‘Are you openly accusing the Nigerian government of corruption?’ and Sam says, ‘Yes, yes I am.’ Sam’s speaking for me, Toheeb, and speaking for Nigerians everywhere.”