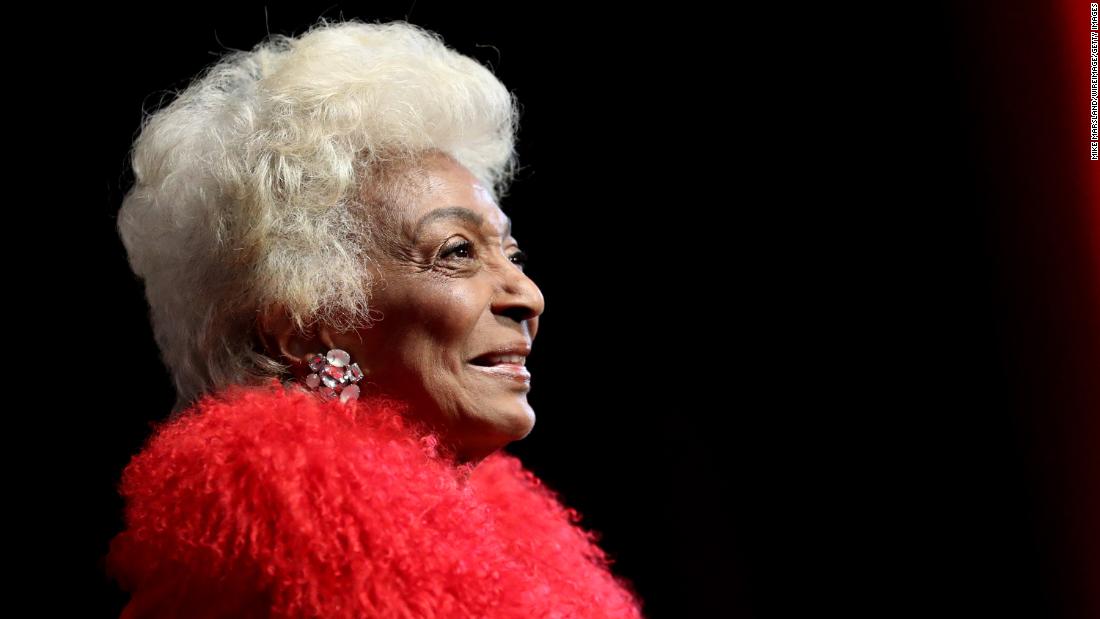 Nichols had performed Enterprise crew member Nyota Uhura on the collection and a number of “Trek” movies.

“I shall have more to say about the trailblazing, incomparable Nichelle Nichols, who shared the bridge with us as Lt. Uhura of the USS Enterprise,” Takei wrote on social media. “For today, my heart is heavy, my eyes shining like the stars you now rest among, my dearest friend.”

Abrams, who directed the 2009 “Star Trek” reboot and 2013’s “Star Trek Into Darkness,” referred to as Nichols “a remarkable woman in a remarkable role.”

“A remarkable woman in a remarkable role. Nichelle, you will be deeply missed. Sending much love and respect,” he wrote on Twitter.

“Star Trek” star William Shatner additionally paid tribute, writing, “She was a beautiful woman and played an admirable character that did so much for redefining social issues both here in the US and throughout the world.”

Georgia politician and “Trek” fan Stacey Abrams posted {a photograph} of herself with Nichols, captioning it, “One of my most treasured photos – Godspeed to Nichelle Nichols, champion, warrior and tremendous actor. Her kindness and bravery lit the path for many. May she forever dwell among the stars.”

Actor Colman Domingo wrote, “Nichelle Nichols told us that we belonged in outer space. We are limitless. The heavens have gained an Uhura today.”

The official NASA Twitter account posted a tribute saying: “We celebrate the life of Nichelle Nichols, Star Trek actor, trailblazer, and role model, who symbolized to so many what was possible. She partnered with us to recruit some of the first women and minority astronauts, and inspired generations to reach for the stars.”

Jason Alexander wrote, “My love for the original Star Trek is profound. Nichelle Nichols was a ground-breaker and a glorious ambassador for her show, her role and science all her life. And a truly lovely person. May she have a wonderful adventure to the final frontier.”