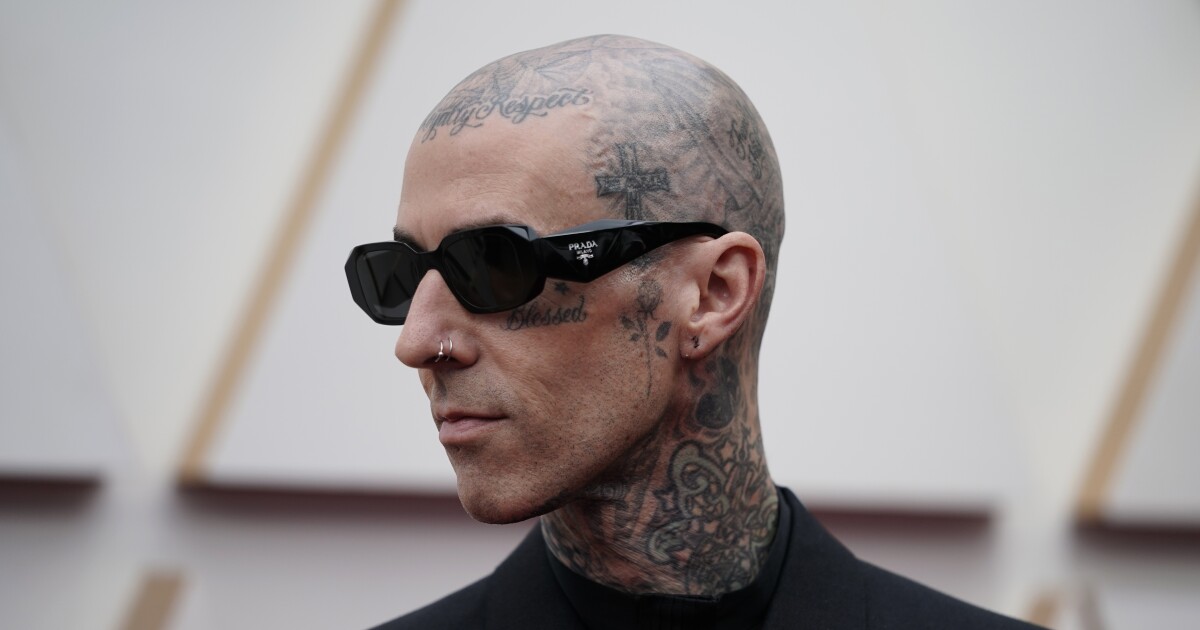 Drummer Travis Barker has COVID-19, contracting the virus practically two months after he was hospitalized for pancreatitis.

The Blink-182 rocker shared the information Thursday on Instagram, posting an artsy throwback picture of him dealing with drumsticks with a caption that stated: “Covid sucks🤬 I’d rather be playing drums.”

Barker, 46, didn’t share any further particulars about his situation and it’s unclear whether or not he’s vaccinated towards COVID-19. A consultant for the musician didn’t instantly reply Friday to The Instances’ request for remark and a consultant for his spouse, actuality star Kourtney Kardashian, declined to remark.

As of Thursday, California has averaged 10,668 new COVID-19 circumstances per week, a lower of 39.8% in comparison with two weeks in the past, based on The Instances’ coronavirus tracker. At 324, weekly deaths have elevated by 10.2%, however total hospitalizations are down statewide over that very same two-week interval.

Barker had been touring with pal Machine Gun Kelly on the latter’s Mainstream Sellout Tour, which wrapped its North American leg in Cleveland, Ohio, over the weekend. Barker made a visitor look at Kelly’s L.A. present in July and posted a behind-the-scenes clip of the 2 of them backstage on his Instagram account this week.

TMZ reported that the rocker was seen at a music studio in L.A. earlier this week too.

Barker made international headlines in late June after he was rushed to the hospital for an unknown medical emergency. After few official updates from his household and loads of hypothesis about his well being, the drummer revealed that he was “much better” after a bout with “severe life-threatening pancreatitis” and had beforehand been in “excruciating pain” from the irritation.