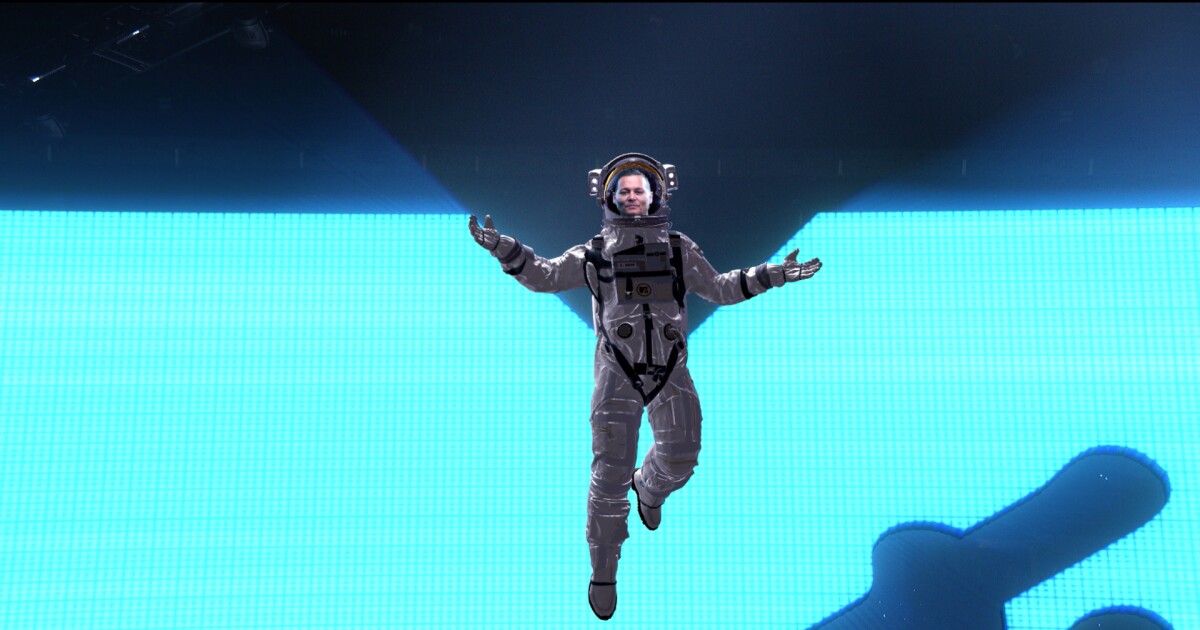 Amber Heard’s sister, Whitney Henriquez, lashed out Sunday at MTV and Johnny Depp over his digital cameo on the 2022 MTV Video Music Awards. However the response was seemingly not what she anticipated.

“@MTV You’re disgusting and clearly desperate,” Henriquez wrote in an Instagram Story. “I really hope that none of the people that made this call have daughters … #DVMAS #ISTANDWITHAMBERHEARD.”

She was referring to the show’s decision to project Depp’s face onto its trademark Moon Person character as the spacesuit floated above the stage. Depp dropped a few quips, including, “Hey, you know what — I needed the work.”

He added later, “I just want you guys to know, I’m available for birthdays, bar mitzvahs, bat mitzvahs, weddings, wakes, any old thing you need. Any. Thing. You name it. So — oop, I’m also a dentist.”

It was Depp’s highest-profile public appearance — barring concerts in Europe with Jeff Beck — since he and Heard faced off in their defamation trial in April and he went home mostly victorious after the June 1 verdict. He promoted the VMAs cameo on Instagram with a video clip and the brief caption, “guess who?”

In her post, Henriquez took the network’s logo, in turquoise, and added a D in hot pink, making it read “DVMAs,” as in “domestic violence music awards.” She included a glamorous picture of Heard.

In return, Henriquez got a small social-media pile-on from hardcore Depp supporters and essentially no reaction from Heard backers. Most of those comments came Monday, though the Instagram Story went up late Sunday night.

Many new comments on Henriquez’s “I stand with Amber Heard” Instagram post from June 5 said she was the one who was “disgusting” and “desperate,” or called her out for allegedly mooching off Depp when she lived at the Eastern Columbia building in downtown L.A. They accused her of covering for her sister with her testimony in the defamation trial and doubted her honesty on the stand.

One man who railed against Depp in the comments said in part, “such strong hatred and support! evil still has a bright future ahead of it.”

But someone else wrote “what a load of rubbish” and included a host of “joy” emojis, with the faces laughing until they cried.

On Twitter, where the tide seemed heavily in favor of Depp, the conversation seemed fueled by users who’ve spent time on social media doing little else besides supporting one side of the former couple or the other.

The highest profile among them might be British music journalist Eve Barlow, the Heard supporter who was banned from the defamation trial in Virginia after she was caught using a cellphone in the courtroom. Prior to being banned, Barlow traveled daily to the courthouse with Heard in the actor’s vehicle. A few weeks back, she and Heard were spotted lunching together in Israel.

“It sucks that a man gets to continue the circus of his sham of a reality publicly for better or worse while a woman has to shield from public life. #GiveAmberHerVoiceBack,” Barlow tweeted Sunday night.

She kept the retweets about Depp’s cameo going strong Monday and tweeted herself, “I wish @MTV could see the state of my inbox this morning and the terror and heartbreak of women who live in fear for their own lives. You absolute idiots.”