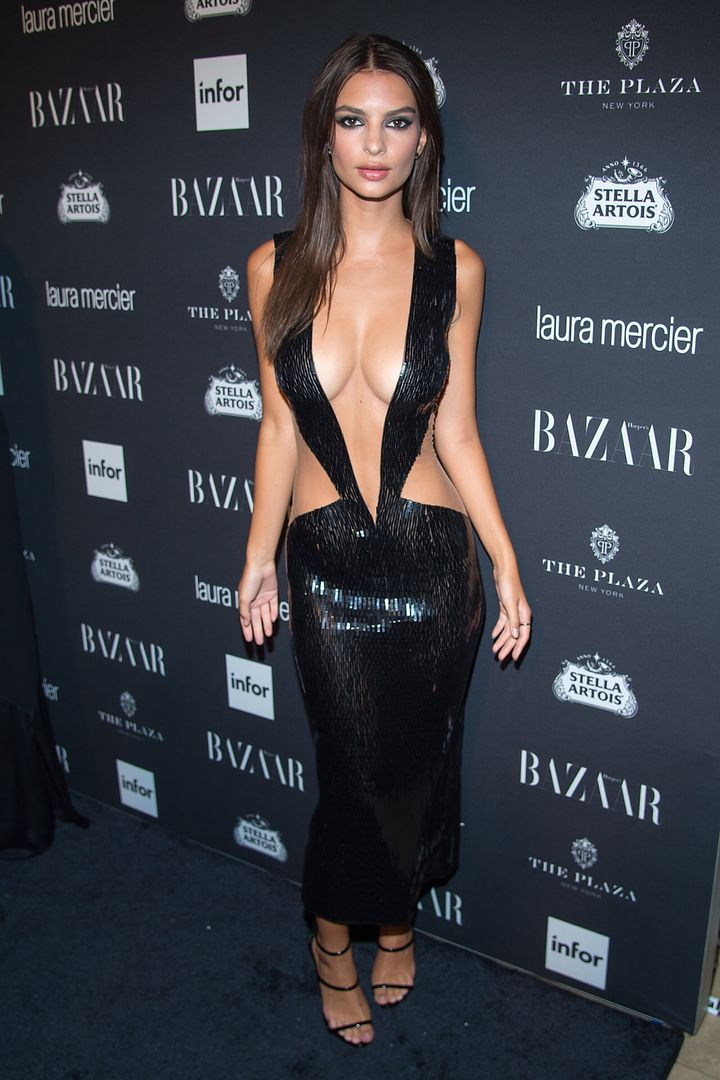 Emily Ratajkowski nonetheless stands behind the “most controversial dress” she’s ever worn, thanks very a lot.

The “My Body” writer spoke in regards to the extremely contentious look throughout an look on Harper’s Bazaar’s “Fashion Flashback” sequence, revealed on YouTube final Thursday.

“I had no idea what a scene this would cause,” Ratajkowski mentioned of the Julien Macdonald gown, which she dubbed “the most controversial dress I’ve ever worn.” The mannequin wore the gown to a Harper’s Bazaar Icons Social gathering in September 2016, and it ended up turning into a “controversy on the internet.”

“Some of my agents were mad at me because they thought it was too sexy,” Ratajkowski defined.

Whereas some discovered the look “extremely vulgar,” she mentioned it “hadn’t registered that it was so sexy” as a result of design of the gown.

“Yeah, it caused this whole thing,” she mentioned. “I still like that dress, I still think I look great.”

The “Gone Girl” actor mentioned she was accused of looking for consideration by critics of the outfit.

“I was basically called out for wanting attention, which I think is interesting because ya go to red carpets for attention,” she identified. “Essentially, it’s part of your job as a celebrity.”

Ratajkowski added: “I personally still stand behind it. I like that look.”

Followers of Ratajkowski will get to listen to extra from her quickly, as she not too long ago introduced that she has a podcast popping out on Nov. 1.

“I don’t want the show to at all feel pretentious, but I want to be talking about things that I find interesting and important,” she instructed Number of the brand new endeavor. “I’m very excited about producing the show and doing it in my own way.”