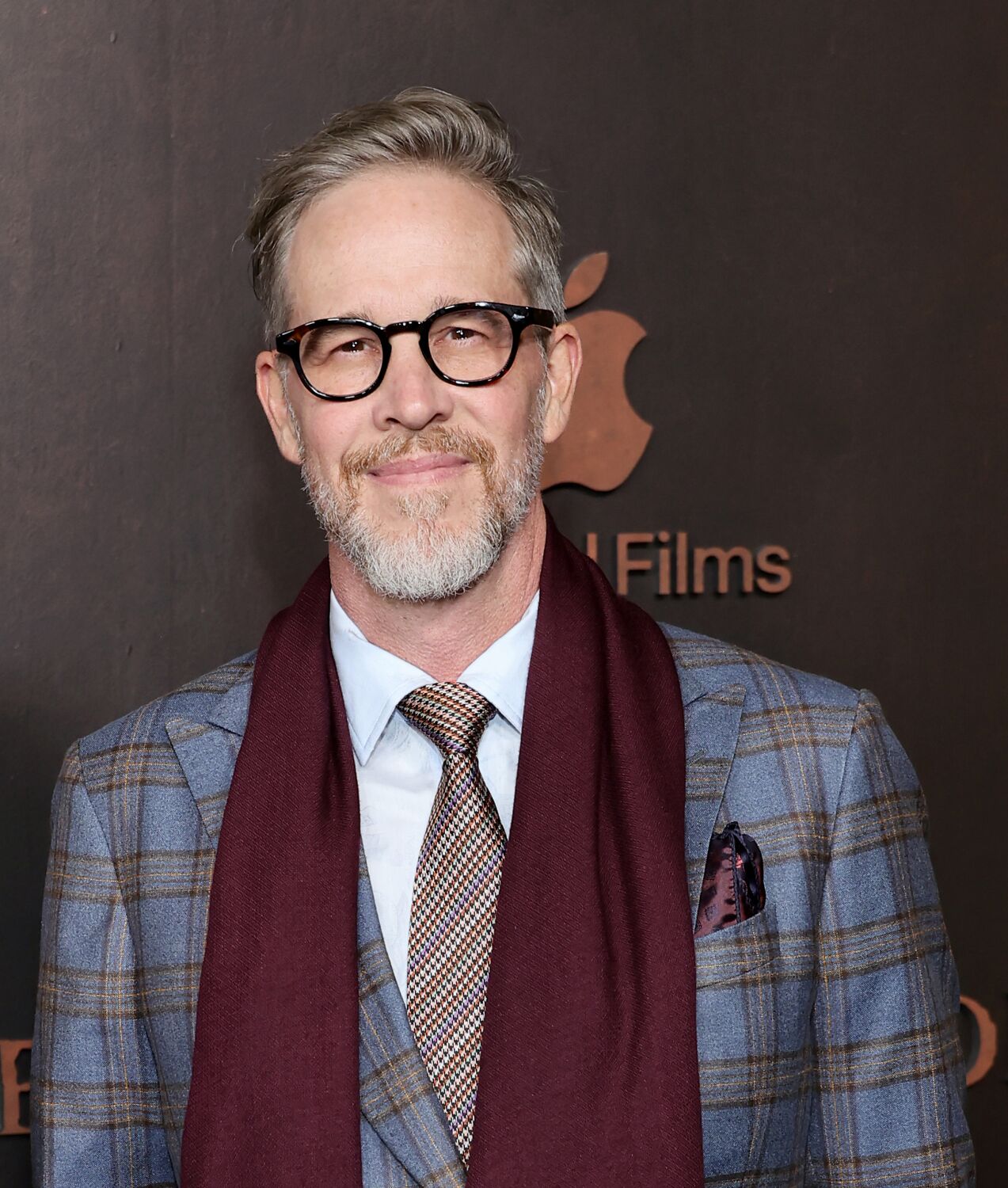 Joey McFarland, a producer on Antoine Fuqua’s “Emancipation,” apparently didn’t suppose via the ramifications of exhibiting off the unique 1863 “scourged back” photograph of an enslaved man on the movie’s L.A. premiere Wednesday.

It will get worse: McFarland proudly mentioned the historic photograph of the person — whose story impressed “Emancipation” — with a red-carpet reporter from Variety.

Although Will Smith portrays “Peter” within the film, the person’s given title was Gordon, based on Frank H. Goodyear III, a former assistant curator of pictures for the Nationwide Portrait Gallery.

Gordon ran away from the plantation the place he was enslaved whereas recovering from a horrific beating, Goodyear wrote for America’s Black Holocaust Museum in Milwaukee. The photograph was taken when he was being fitted for a uniform after working 80 miles to affix the Union military in Baton Rouge, La.

“This is the original photograph from 1863, and I wanted it to be here tonight — I wanted a piece of Peter to be here tonight,” McFarland instructed Selection’s reporter in a video posted Wednesday evening. “Sadly to say, so many artifacts and photographs have not been preserved or curated or respected. And I took it upon myself to curate and build a collection for future generations.”

McFarland, who’s white, mentioned that he has been amassing for a “very long time” and that he intends for his assortment of photographs to be donated for instructional functions when he dies.

“For me, my love of history, my love of truth, my love of larger-than-life individuals that had an impact on not just some people’s lives but the world, it’s worth fighting for,” he added. “It’s worth preserving. It’s worth seeking out and protecting. That’s what I sought to do. And the story that came out of that, it transcends entertainment, it transcends cinema. It is a lesson, it is a conversation that needs to start and continue and keep growing and evolving.”

McFarland, who was additionally a producer on “The Wolf of Wall Street” and “Daddy’s Home,” mentioned it was essential to “reckon with the past” in order that future generations don’t repeat the identical errors. His Instagram account shows a variety of pictures from what he calls the #McFarlandCollection.

“I’m really excited about discovering and acquiring these incredibly rare and important photographs from the Civil War era (1860s),” McFarland wrote Nov. 22 in an Instagram publish that confirmed two enslaved youngsters. “Please note my collection is for historical preservation, education, and storytelling.”

Some commenters praised his efforts — “That’s wild. Happy you understand the importance of them” — whereas others weren’t shopping for his motive.

“This is such a stark example of white savior complex. Who are you that you think YOU are the best person to preserve this piece of Black history?,” one other consumer wrote. “And that you walk around showing them off like baseball cards is even more problematic. This ain’t it.”

On Twitter, commenters have been centered on McFarland’s errors — chief amongst them bringing that photograph to a film premiere and proudly owning the factor within the first place.

Franklin Leonard, a producer and founding father of the revered Black Checklist of finest unproduced screenplays, tweeted that he wanted some “real time” to course of what he had seen.

“Why do you own the photograph?,” he tweeted Thursday. “Why did you bring it to a movie premiere if the intent is to preserve it respectfully? You wanted ‘a piece of Peter’ here? You collect slave memorabilia that will be donated upon your death? What do you do with it in the meantime? So many questions.

“don’t know, man, but bringing ‘a piece of Peter’ that you ‘own’ to the red carpet of a movie that’s personally enriching you so that you can collect more slave memorabilia that you’ll keep until your death,” Leonard continued in additional tweets. “When do I get my own anger translator…”

One consumer, @BellanMelissa, tweeted: “What a colossally inappropriate thing to do on every level. He shouldn’t own it. Shouldn’t use the wrong name for it. And definitely should not bring it to show and tell.”

“His name was Gordon. His enslavers called him ‘Peter’ because they refused to use his birth name. The way we strive for empathy & humanity, but still miss the mark is so grossly heartbreaking — and exhausting,” Twitter consumer @talk2spirit wrote.

And consumer @erockjamz wrote, “i don’t get why (for ytppl) trying to humanize already dispossessed black people has to involve reliving their lowest, hardest, moments. carrying a ‘piece of someone’ even if it’s just a personal memento to you TO A MOVIE PREMIERE is just gross. no rest! even in death.”

As as to if McFarland owns the precise “original” photograph, even which may be up for debate.

The photographic group that shot the picture “mass-produced and sold copies of Gordon’s portrait in the small and popular format of the time, known as the carte-de-visite,” Goodyear, the previous Nationwide Portrait Gallery curator, wrote for ABHM. “The image provoked an immediate response as copies circulated quickly and widely.” Business photographers in Philadelphia, New York, Boston and London finally produced copies as properly.

“Recognized as a searing indictment of slavery, Gordon’s portrait was presented as the latest evidence in the abolitionist campaign,” Goodyear wrote. The picture, together with two others of Gordon, was reproduced within the July 4, 1863, version of Harper’s Weekly.

Although there are a few tales about Gordon’s army service, the data are incomplete, Goodyear wrote. “There are no further records indicating what became of Gordon. Yet, this famous image of him lives on as a searing testament of slavery’s brutality and the fortitude displayed by so many African Americans during this period.”