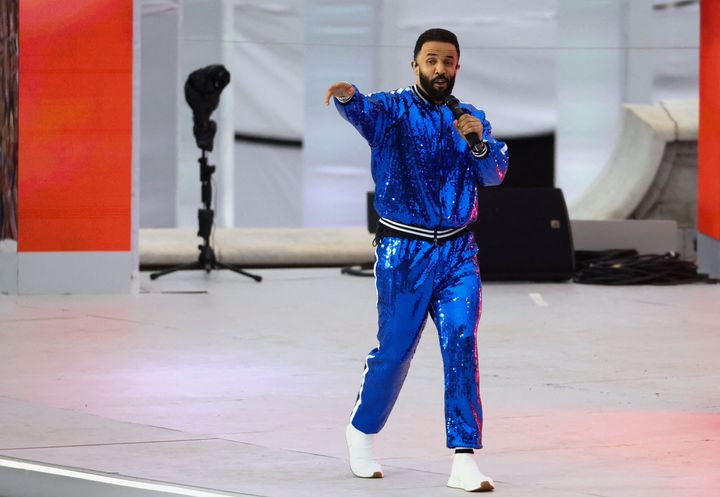 Craig David has a fan in Prince George.

The “7 Days” singer lately recounted an anecdote involving the 9-year-old prince after David’s efficiency at this summer season’s Platinum Jubilee. David sang on the Platinum Social gathering on the Palace occasion, which was part of a collection of celebrations to honor the late Queen Elizabeth’s 70 years on the throne.

After his efficiency, David went to Buckingham Palace for “a little soiree” alongside his mother, the singer stated throughout an look on “The Jonathan Ross Show” that aired Nov. 19.

“Prince William walks over, he comes over [and] says, ‘My son George was going crazy for the blue sequined outfit that you were wearing,’” David recounted.

“My mum was there, I said, ‘Lovely to meet you, love that George loved the outfit,’” David added. “That moment for me, as a son [introducing my mum to Prince William], was probably the most incredible moment for me. Then Kate comes over. Very memorable moment.”

Whereas the outfit might need caught George’s eye, all eyes had been on Prince Louis at first of the celebrations, because the 3-year-old’s antics performed completely to the cameras.

The youngest youngster of William and Kate Middleton memorably made a face throughout a flypast at Buckingham Palace throughout Trooping the Color celebrations, whereas his great-grandmother let loose a sly smile.

He confirmed off an array of faces and finger-pointing just some days later on the Platinum Jubilee Pageant.

The now-Prince and Princess of Wales later acknowledged their son’s hijinks following the celebrations, writing on the time: “We all had an incredible time, especially Louis… 👀.”