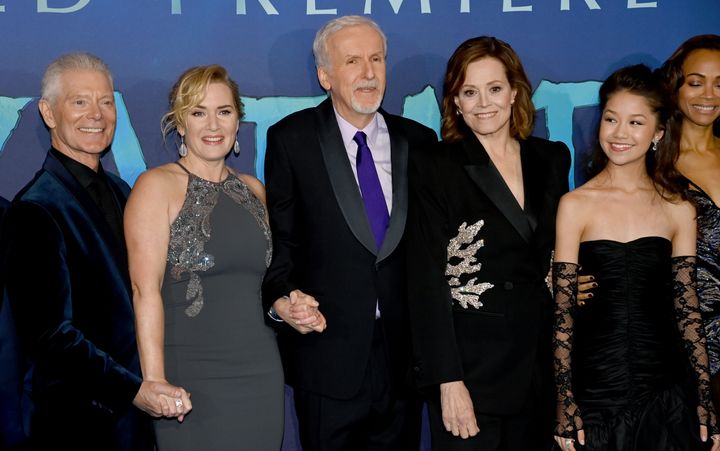 Winslet, who starred reverse Leonardo DiCaprio within the 1997 catastrophe film and practically drowned twice on the “Titanic” set, will play the Na’vi warrior Ronal as a part of Cameron’s newest movie, a 3-hour-plus thriller that’s set to have a number of sequels within the years forward.

In an interview with Leisure Weekly, Winslet revealed how she and Cameron had modified their views since she turned 21 on the set of “Titanic,” the highest-grossing film of all time previous to the discharge of “Avatar” over a decade in the past.

“I turned 21 on that shoot. I am now 47 years old. It’s a very, very, very long time ago,” Winslet instructed EW. “Jim, as a director, as a person, you know, we are just both different, older, have hopefully learned a lot more in terms of how to tell stories and be creative contributors and collaborators.”

Winslet stated Cameron had a bent of checking up on her over time regardless of their lack of tasks collectively.

“I feel like he’s always checked in with me. ‘Are you busy right now?’ or ‘What’s going on? I may have something,’” Winslet instructed the journal. “Then I wouldn’t hear for a while and I think he’s drifted off that idea. Then he’d be floating back in with another one. And then in 2014, he did say to me, ‘I’m gonna get you big and blue.’”

On Wednesday, Winslet instructed Yahoo UK that Cameron is a genius who’s dedicated to the imaginative and prescient he units out for his movies.

“What’s lovely is that, when he isn’t right, now he will say: ‘Yeah, that was kind of a mistake. That was never really gonna work, but I just wanted to try it to see and yes I was wrong,’” Winslet stated. “So it’s really kind of reassuring to know that he is able to say, ‘I could’ve had a better idea for that thing.’ Any of us are like that so I really appreciated that about Jim.”