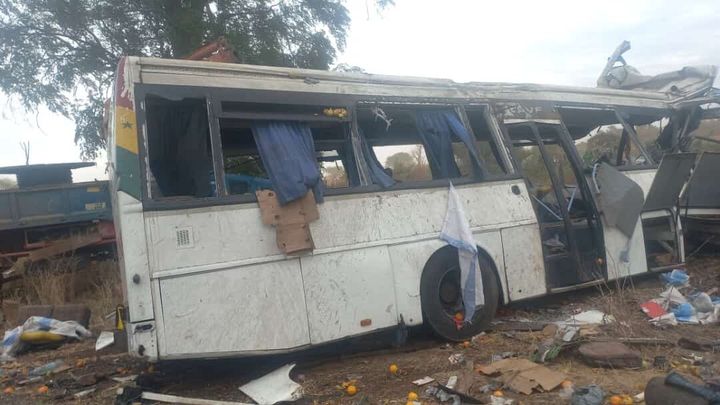 DAKAR, Senegal (AP) — Not less than 40 individuals had been killed and dozens injured in a bus crash in central Senegal, the nation’s president stated Sunday.

President Macky Sall stated in a tweet that the accident occurred in Gnivy village, within the Kaffrine area, at about 3:30 a.m.

“I am deeply saddened by the tragic road accident today in Gniby causing 40 deaths and many serious injuries. I extend my heartfelt condolences to the families of the victims and wish a speedy recovery to the injured,” stated Sall.

Public prosecutor Cheikh Dieng stated the crash occurred on Nationwide Street No. 1 when a public bus punctured a tire and veered throughout the highway, colliding with one other bus coming from the other way. Not less than 78 individuals are injured a few of them significantly, he stated.

Photos of the crash on social media present the broken buses rammed into one another and a path of particles alongside the highway.

Motor accidents occur often within the West African nation because of poor roads, dangerous vehicles and drivers not adhering to the principles, say locals.